Face/Off remake in the works for the Deepfake era

They're going to Face/Off, again 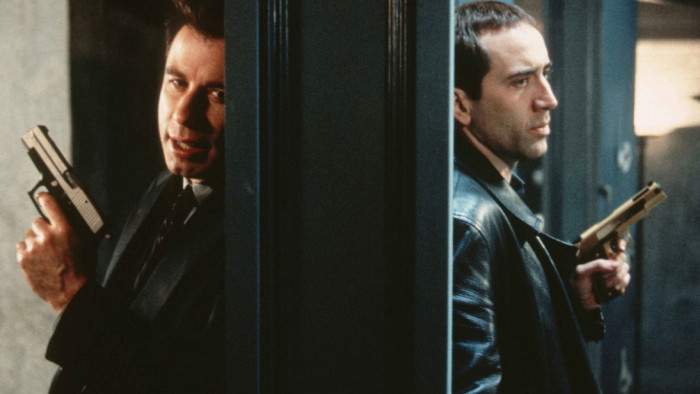 There is a remake of Face/Off in the works, it's been announced, and it's being written by the person behind 22 Jump Street and the upcoming Sonic The Hedgehog movie.

Somethings should be left alone, and Face/Off is one of them, but Paramount hopes to capture some of the mad magic of the original film, which starred Nic Cage and John Travolta, and was directed by John Woo.

For those who don't know, Face/Off is the quintessential 90s action movie. It's plot is ridiculous, the two stars are ridiculous in it and John Woo's direction is, well, you get the picture.

It's about two people, FBI agent Sean Archer (Travolta) and terrorist Castor Troy (Cage),swapping faces. When Troy is in a plane crash, Archer goes under the knife to take his face, er, off and put it on himself so he can go deep undercover.

Plot twist: Troy actually wakes up sans face and forces the surgeon to give him the FBI agent's face. As you do.

No stars are yet attached or a director but at least the Sonic scribe is on board, because that bodes well, given the recent issues that movie has had.

So, how would Face/Off work for the Deepfake era? Well, the tech is there to actually completely swap actor's heads so will we see Jason Statham's face on Chris Pratt's body? Whatever happens, it's going to be interesting.