It's Godzilla's turn to give King Kong a kicking. 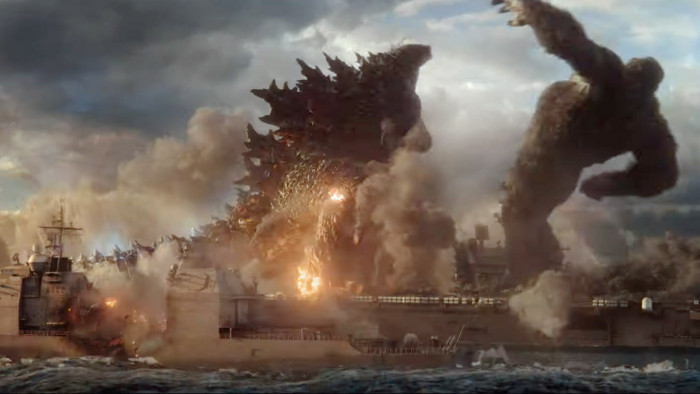 You may remember that not so long ago we all witnessed King Kong punching Godzilla in the face, in a fantastic trailer for the upcoming creature feature.

Well, new footage has arrived, proving that Godzilla is mad as hell and is not gonna take this anymore - in fact, he's giving as good as he gets and slapping King Kong around the face.

This scene is taken from the Japanese trailer from Godzilla Vs Kong and it is another brilliant look at the movie, which has been directed by Adam Wingard, that brings back many cast members from previous movies Godzilla and Godzilla: King of The Monsters.

This time around the two monsters are fighting and Kong with humanity caught in the middle. If you want to see the slap, then head straight to 1:10 on the trailer.

"Kong and his protectors undertake a perilous journey to find his true home, and with them is Jia, a young orphaned girl with whom he has formed a unique and powerful bond. But they unexpectedly find themselves in the path of an enraged Godzilla," says the blurb.

Other highlights include Kong and Godzilla fighting in what looks like a neon-lit Hong Kong and Kyle Chandler being very Kyle Chandler about everything, as well as Millie Bobby Brown staring at the camera looking scared and Alexander Skarsgård looking all bruised and beaten.

Godzilla Vs Kong is out March 31, debuting on HBO Max and any cinemas that will be open by then.

The movie is part of a slate of films set for HBO Max, including the much talked about Zack Snyder's Justice League.