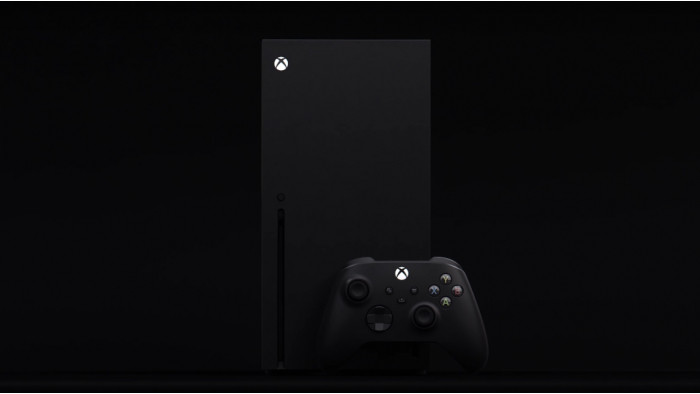 After months and months of speculation around Project Scarlett, Microsoft has finally revealed the name and release date of the new console.

Arriving in ‘Christmas 2020’, the Xbox Series X doesn’t yet have a price but Xbox boss Phil Spencer has promised in an interview with GameSpot the console will be four times more powerful than the Xbox One X.

And, yes - we probably should address the name similarity. It seems Microsoft didn’t think about how easily confused the current generation Xbox One X will be with this new Series X. Or perhaps they did, and we’ll be proved wrong. I guess we’ll have to wait and see on that front.

For now, we’ve rounded up everything we do know about the new console into five bite size points.

1. It can lie horizontally

By now, you will have definitely seen pictures of the console standing tall. This seems to be the console’s default position, standing upright, making it look more like a Bluetooth speaker than a games console. Having it this way, also means it takes up very little space - barely the size of a controller. However, if that is too much change for you, Xbox’s Mr Spencer has confirmed it can also be laid down on its side.

2. There could be several models on their way

There has also been plenty of speculation about there being several models of the console - partly because that’s what the console’s name would suggest. Microsoft is yet to address these rumours but previous leaked specifications have indicated there could be an entry level version to go alongside a more powerful one.

It seems Microsoft has also made every effort to make it as quiet as possible with a single, large fan pushing high volumes of air out of the top. They have indicated that the Series X should be no louder than the Xbox One X despite being more powerful, and that from the sofa you shouldn't be able to hear the console at all.

4. There's a new controller, too

There’s also a new wireless controller on its way, though it does not yet have a name. Not only will it work with the Series X, but it should also work with all existing Xbox One consoles and have new Share button so that players can screenshot during play. It's also expected to have a new D-pad design with the cross pad becoming more of a circle style, similar to that seen on the Elite controller.

5. Halo Infinite will be cross-generational

Now, this isn’t about the console itself, but it has now been confirmed that the Halo Infinite - set to be released next year - will be cross-generational. That means it’ll be out on both Xbox One X and Xbox Series X. Halo Infinite is the only game so far to be confirmed will be ready for the console’s launch, though Senua’s Saga: Hellblade 2 will also be released on Xbox Series X, we just don’t have a release date yet.

PS5 and Xbox X graphics will be better – but will we notice?

Maybe not, according to developers
Gaming