‘The Simpsons isn’t as good as it used to be’ is the understatement of the year but in its heyday it was unbeatable as both a comedy and a sitcom.

Thanks to Disney Plus, we all finally have access to over 700 episodes with the show which is about to go into its 34th season.

UPDATE:Simpson Season 33 will be available to watch on Disney Plus from October. As you can probably guess, none of the newer episodes are in this best Simpsons episodes guide, but the show is still well worth a watch.

With that in mind, we've chosen the following 10 Simpsons episodes that should be the ones you watch first.

Each are 20-something minutes of unheralded joy - written by some of the biggest names in the business, including Conan O’Brian, the genius that is John Swartzwelder, and Greg Daniels.

Most are taken from the Golden Era of The Simpsons, which is essentially seasons 4-8 but there are some others in there.

Here's our pick of the greatest Simpsons episodes of all time... 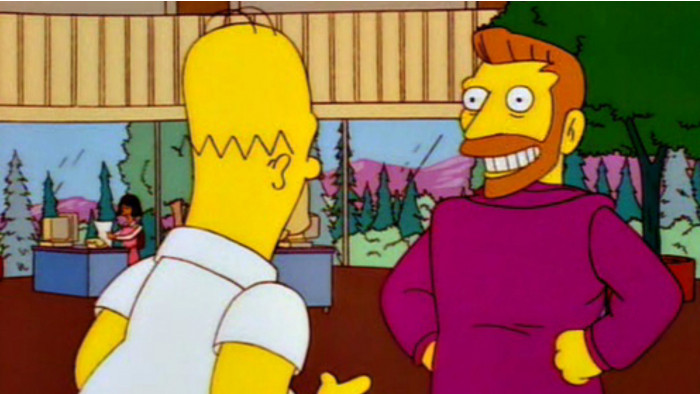 The discussion of the best one-off characters often comes to a straight shoot-out between Grimey and Hank Scorpio, Homer’s boss for precisely one episode. ‘You Only Move Twice’ is packed with lines which, while not the most eminently quotable, are among those most likely to raise a chuckle if not a full-blown belly-laugh when shared among fans.

The conversation around the Hammock District, for example, wouldn’t work nearly as well in a conversation among any two other TV characters. The Simpsons was at its best when it introduced cameos with minimal backstory but did so without leaving the viewer lost, and this is a prime example.

Critics say: “Brooks turns in an absolute monster of a performance as Scorpio, channeling the pep, optimism, and zeal of man who’s gotten everything he wants, yet still hungers for more.” – Erik Adams, The A.V. Club 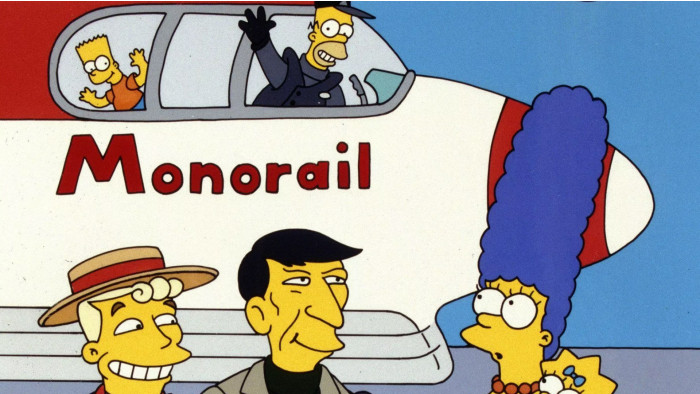 A personal favourite, the monorail episode is so much more than just Phil Hartman’s (admittedly excellent) turn as Lyle Lanley. No joke falls flat, while the self-contained plot feels like something no other show could have introduced, played through and wrapped up within the space of 22 minutes.

There had been excellent episodes before this, but the fourth season in its entirety gave us a show which not only believed its own hype, but was able to deliver solid gold almost effortlessly.

Critics say: “Besides being replete with excellent jokes, this episode reveals the town’s mob mentality and its collective lack of reason. This is the episode that defines Springfield more than any other.” – John Ortved, Vanity Fair 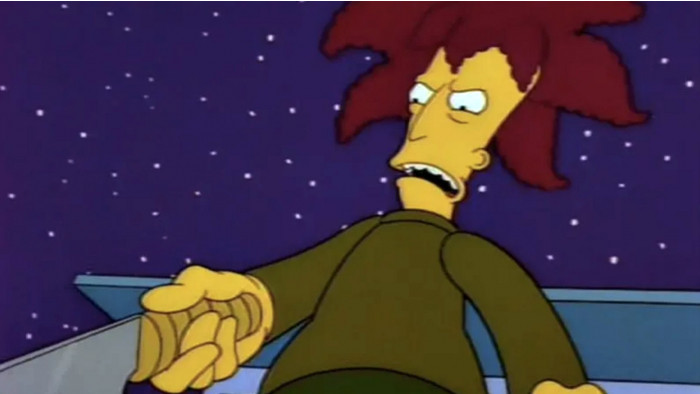 It takes a lot for a fringe character to steal an episode, especially on a show with such a strong core cast, but this was the moment when Kelsey Grammer’s Sideshow Bob truly went from being a hanger-on to a main draw. It’s where he went from being a cartoon villain (as in his framing of Krusty and his marriage to Selma) to a supervillain.

However, the real majesty comes from the blend of high and low culture in a way that’s pure Simpsons, with a rendition of the HMS Pinafore score and a man stepping on nine rakes just minutes apart, and he steals the episode so brilliantly that it almost (but not quite) overshadows the standout scene of the witness protection plotline.

Critics say: ”The Simpsons has yet to even get close to topping ‘Cape Feare’ as the perfect Sideshow Bob episode, no matter how often they try.” – Robert Canning, IGN 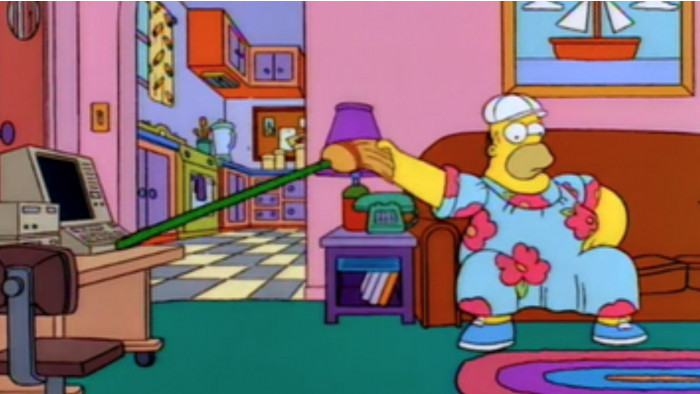 Doctor Nick Riviera is one of The Simpsons’ most underrated semi-regular characters, and ‘King Size Homer’ shows him at his best as he introduces Homer to his “window to weight gain”.

As with all of the best episodes, the overarching message might seem morally dubious when viewed in isolation, but – as a wise man once said - “Everything looks bad if you remember it”. And besides, the writers use their magic to make it endearing throughout, not to mention hilarious, as they did on a regular basis back then.

Critics say: “With the Simpsons’ backyard tango and Homer’s slide through the Springfield Nuclear Power Plant, the whole episode has such a fantastic sense of motion that the climactic race to the power plant only feels out of place because it raises the stakes so drastically and suddenly. It comes across as if the writers felt they’d backed themselves into a corner, but the sight of Homer zooming by Otto’s bus (instantly contradicting Lisa’s argument that her father isn’t ‘some kind of food-crazed maniac’) fits the episode just right.” – Erik Adams, The A.V. Club 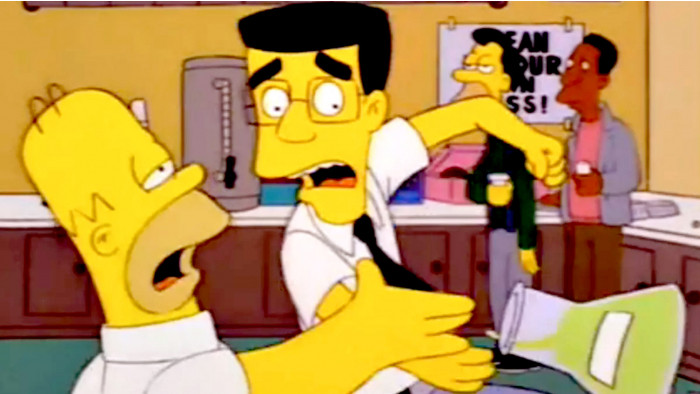 Frank Grimes, or ‘Grimey’, as he liked to be known, had perhaps the best humour-to-minutes ratio of any one-off character in the history of The Simpsons, so it’s only appropriate for his appearance in ‘Homer’s Enemy’ to top the charts.

The beauty of ‘Homer’s Enemy’ comes from the fact that we know we’d side with Grimey in a vacuum, but we instantly find ourselves batting for the other team and laughing at his misfortune, as with any one-off character who threatens to disturb what we know and have grown to love. It brings out the best and worst in Homer, his colleagues, and perhaps most importantly, the audience.

Critics say: “Hidden in this very funny observation of the amazing life that Homer leads is a damning comment on late 20th Century America. A society in which the wealthy are sheltered from the everyday concerns of those less fortunate than them.” – Greg Evans, Little White Lies 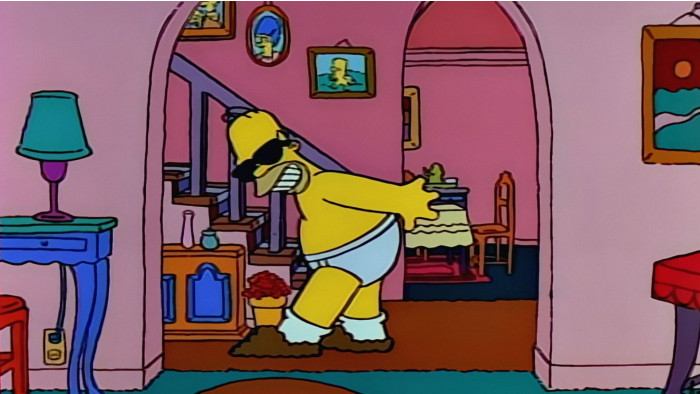 One of the earliest solid-gold episodes, ‘Homer the Heretic’ marries the self-aware small-town-ness of The Simpsons’ earlier seasons with a growing understanding of Homer’s role in its world. This first aired not long after President George H.W. Bush pledged to make American families “more like the Waltons and less like the Simpsons,” but by the end of its 22 minutes it would be impossible not to relate more to Homer and his simple desire for warmth on a cold day.

Critics say: “Sacred themes and Hallmark feelings aside, ‘Homer the Heretic’ is also just a smart and funny episode, leaning solely on the strengths of the show’s most basic fundamentals and allowing them to carry the entire weight of the story from beginning to end. It’s a divine slice of primetime television.” - Michael Roffman, Consequence of Sound. 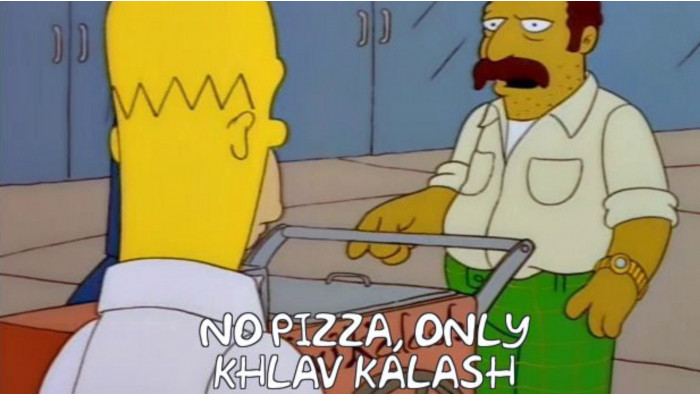 The latest episode on the list, it will also likely be the least familiar to viewers on the grounds that the inclusion of the World Trade Center as central to the plot (it first aired in 1997) means it has not been repeated as frequently post-9/11.

That said, it remains a phenomenally strong episode from a time when we hadn’t yet realised the show was about to begin its decline – back then, The Simpsons could do no wrong. There are fewer big quotable moments, but few episodes have the same non-stop run of blink-and-you’ll-miss-them gags.

Critics say: “A classic episode in general, ‘The City Of New York vs. Homer Simpson’ represents perhaps the best, most meticulous world-building in the show’s long history, and that’s a major reason the episode can now endure as its own kind of memorial to a moment in the city’s history that is now lost forever.” – Alasdair Wilkins, The A.V. Club 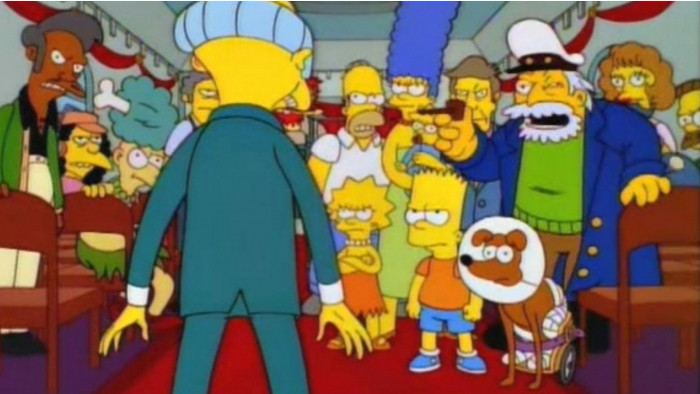 Both parts of the ‘Who Shot Mr Burns’ plotline, which bridges Seasons 6 and 7, are fantastic. The scheduling meant it provided a genuine cliffhanger, but the beauty of this episode came from how it employed an ensemble cast and huge overarching plot while still managing to draw out the best elements of its regular characters without it ever seeming forced.

While part two is a fantastic denouement after months of speculation, part one is a brilliant exercise in the relationships between regular characters (Burns and Smithers, Skinner and Chalmers, Homer and Burns) and shows off the ability of the show’s writers to achieve so much in such a short space of time.

Critics say: “There’s no way it could have approached the ratings for Dallas’ cliff-hanger, but it’s still a pivotal marker in The Simpsons’ evolution. By deftly deploying The Simpsons’ array of supporting characters… this onetime anti-Cosby lightning rod demonstrated what a rich, self-sustaining universe it had become.” – Entertainment Weekly 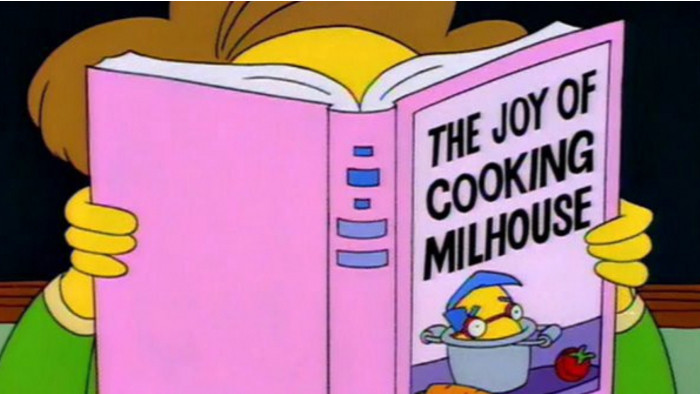 Sure, the anthology-style ‘Treehouse of Horror’ episodes might not be canon, much to Hugo Simpson’s chagrin, but some of them are as strong as anything else from the golden era.

This Season 6 gem is probably best known for ‘The Shinning’ - enough of a variation on a Stephen King novel to not get sued - but parts two and three more than hold their own. Not least the ‘Nightmare Cafeteria’ strand, which produced one of the most memorable book titles in Simpsons history.

Critics say: ”The Simpsons was firing on all cylinders in its sixth season, and ‘Treehouse of Horror V’ may be the best of the Halloween episodes overall. Our only complaint — how can twins Sherri and Terri have not made an appearance as the ghostly siblings?” – Alison Willmore, IndieWire 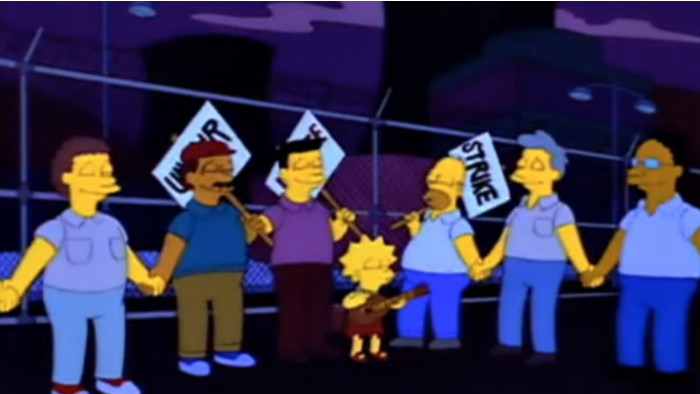 This episode is number one for many fans, and not just for the “Dental Plan/Lisa Needs Braces” refrain. The power plant-led episodes are some of the best of the early years of the show, and it’s no coincidence that it has faltered as it’s moved away from some of the Springfield staples in favour of travel plots and guest characters for the sake of guest characters. In among the humour, there’s something endearing about the simplicity – in more than one sense of the word.

Critics say: “As Springfield’s population has a tendency to assume it’s being grifted - truly, it’s a town stacked with people believing they’ve pulled one over on each other and the world at large - aloofness can be mistaken for cunning, misdirection, or even skill. No one proves this better than Homer Simpson, a scammer with practically no common sense and an oddly anchored morality.” – Jake Kilroy, Consequence of Sound