The best Amazon Echo for every home. 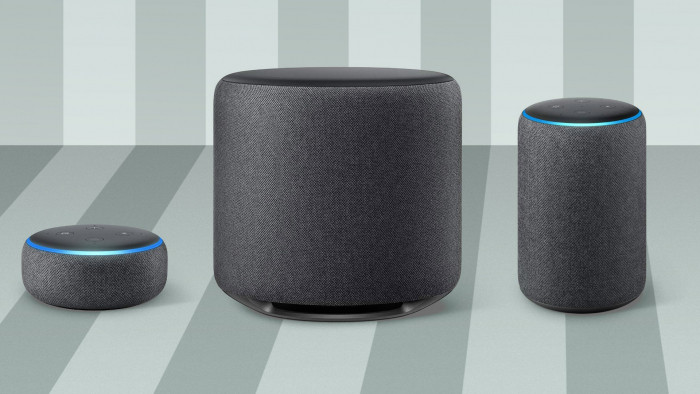 Amazon pretty much invented the smart speaker with its world-famous Echo range. You can ask questions, stream media, set reminders and more with a simple spoken request - but with so many iterations on the market, how do you know which is the best Amazon Echo for you?

That's where ShortList comes in with the definitive list - and the help of your up and down voting skills.

Unsurprisingly, the likes of Google and Apple have followed in Amazon’s smart speaker footsteps in recent years, with varying degrees of success. But it’s the Echo family that really continues to reverberate with most people.

Here’s the entire current line-up of the Amazon Echo family. Which is your favourite? Vote below to see your selection bumped up the list. 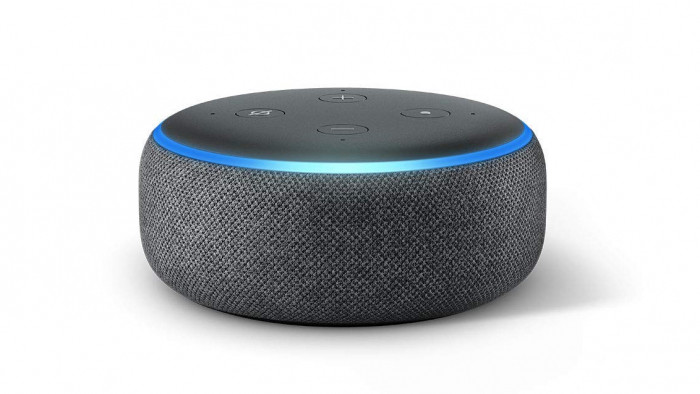 Amazon’s popular entry-level smart speaker has been iterated on more than most. Currently in its third generation, the Dot gives you all the smart Alexa capabilities of the full-fat Amazon Echo in a much smaller package that costs around half the price. Those two latter considerations mean that you’ll have to make do without the Echo’s fuller sound profile, meaning it’s probably better suited to podcasts and Alexa interaction than serious music listening. 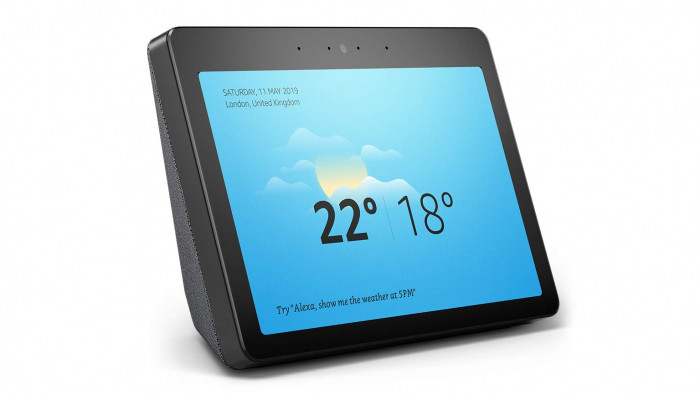 The first Amazon Echo Show added a display and camera to the smart speaker mix, meaning you could play visual media content and place video calls. This second generation Show adds a larger 10-inch display and improves the sound quality for a much better all-round media experience. It’s the ideal kitchen device, as capable of showing you a recipe or playing a TV show as it is responding to enquiries and pumping out music. 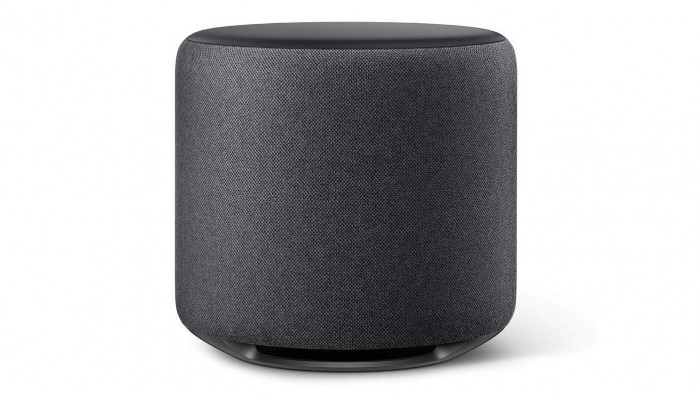 The Amazon Echo family has won a lot of praise for its multi-functional smarts, but it’s no Sonos when it comes to sheer sound quality. Add an Echo Sub into the equation and things will take a turn for the better - or rather, the deeper. A 6-inch downward-firing woofer and a 100W amplifier produce the kind of bass that rattles windows and draws complaints. Pair it up with two standard Echos (or ideally two Echo Plus speakers) and you’ll suddenly have yourself a proper sound system. 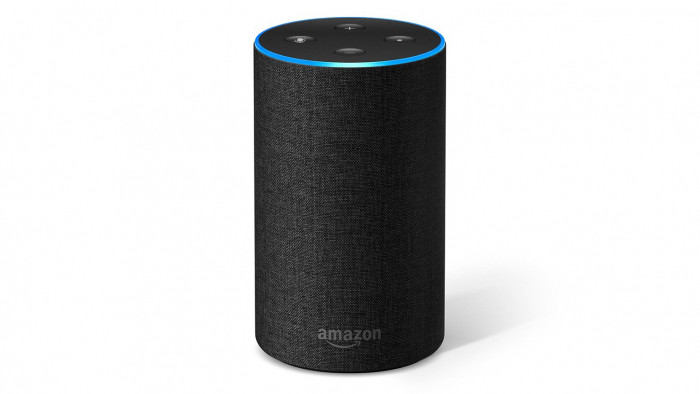 The original Amazon Echo speaker set the terms for the current smart speaker war. It established that your average smart speaker would be small, cylindrical and smart. This second generation unit refines things further, with a fresh look, improved mic quality and an even lower price. If you’re after a decent all-rounder that’s as comfortable playing your favourite radio station as it is responding to random queries, this remains a safe bet. Rumour has it there’s a third generation Echo in the works, so keep your eyes and ears peeled. 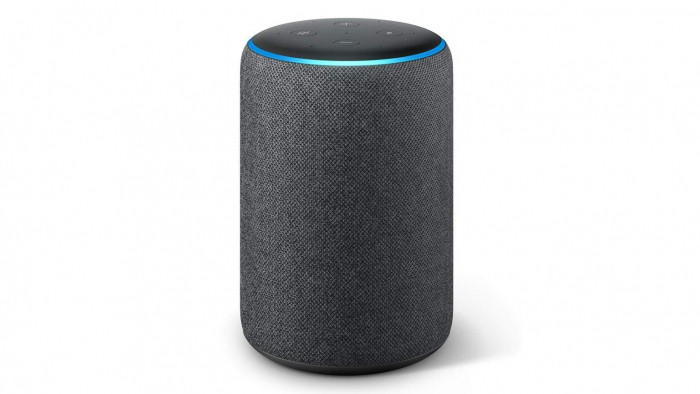 The second generation Echo Plus stands as Amazon’s premium smart speaker. Everything from its plush design to its richer sound quality marks an improvement over the the standard Echo, while the addition of an integrated Zigbee hub makes this the best pick for controlling all your smart home gear too. Sure, the Echo Plus will cost you a little more money than the other Echos in the range. But it’s undoubtedly the most capable smart speaker that Amazon makes. 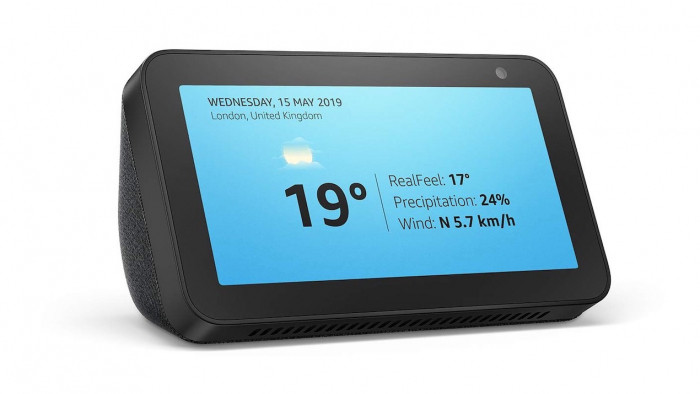 The Echo Show 5 is a significantly more compact and affordable version of the Amazon Echo Show smart monitor, but it’s larger and more practical as a media player than the circular Amazon Spot. The Show 5 supplies a 5.5-inch touchscreen display rather like a smartphone’s, which means you probably wouldn’t want to watch a two hour film on it. Short-form video snippets and light visual information (like the weather) are very much the order of the day here. 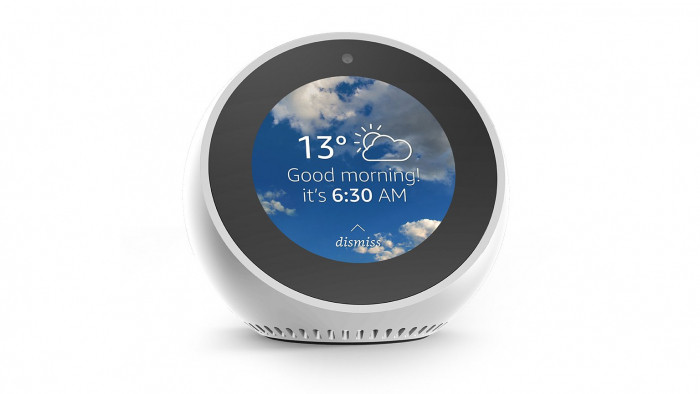 The Echo Spot’s squat dimensions and circular screen make it a great alarm clock replacement. Few alarm clocks can do what the Spot can do, however. Full Alexa implementation means you can ask it virtually anything, while that display opens up the possibility of displaying web content and taking video calls. At 2.5 inches and 480 x 480 you wouldn’t want to watch too much video content on the Spot’s display, but then it’s not really intended for that.

Our pick of the best office chairs to make working at home less of a chore.
Tech