The concept looks set to be a roaring success 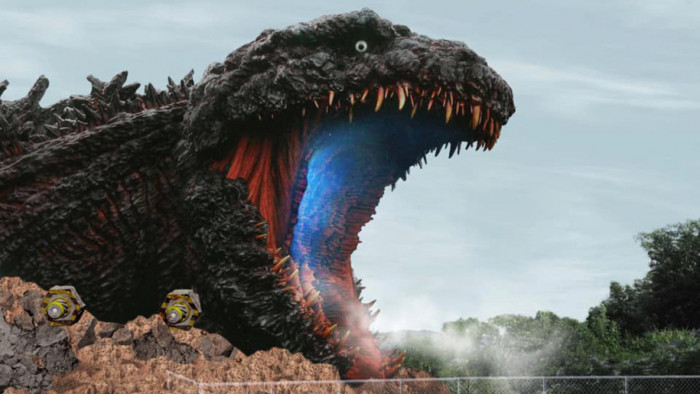 We may be on the come-down following England’s monstrous Rugby World Cup Final defeat to South Africa, but it seems that host nation Japan has plenty more tricks up its sleeve to ensure the world’s tourists continue to pour in. Their latest ploy? A life-size version of Godzilla, apparently.

The nation has long been known for its Godzilla obsession - with the character originating from the eponymous Japanese film series - but from 2020, the world’s visitors will be able to enjoy a life-size Godzilla experience first-hand at Nijigen no Mori.

Located on Awaji Island is in the Bay of Osaka, the theme park (which translates as Awaji Island Anime), has announced that a life-sized attraction featuring the giant reptilian will open next year.

Measuring in at 65 feet high, 82 feet wide and 180 feet long - the exact proportions of the original beast - the monster attraction will be the world’s first permanent full-size replica, reports CNN.

Entitled the Godzilla Interception Operation, the park’s latest venture will see a zip-line feed park-goers directly into the monster's mouth, alongside a shooting game (which could mean visitors get to take aim at the oversized fictional character).

The best part? There will also be a Godzilla-themed gift shop for all your monstrous gifting needs.

Needless to say, the timing of the news is darkly apt, given the origins of the Japanese character.

"The legendary figure of Godzilla was first confirmed at the beginning of the Meiji era when a typhoon hit Awaji Island," reads the theme park's website. "Godzilla, who appeared with the high waves, roamed the island, causing tremendous damage."

The theme park’s 2020 launch is set to coincide with the release of the latest Godzilla cinema release, Godzilla vs. Kong, which will feature stars including Millie Bobby Brown and Kyle Chandler.

Yup, 2020 is setting up to be quite the adventure.