Wonder Woman 1984 review: the super-heroic lift we all need

Wonder-ful stuff from Patty Jenkins and co once more... 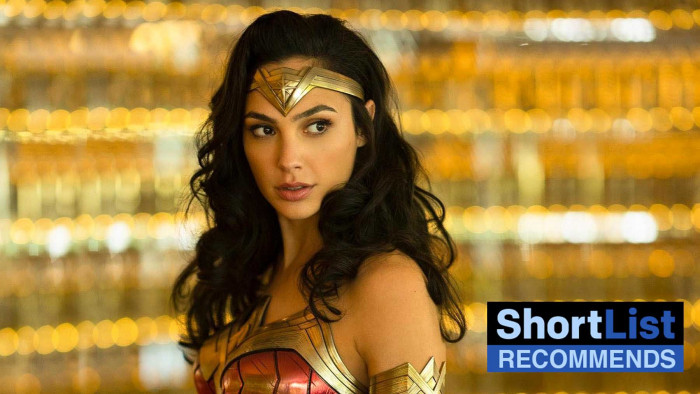 Wonder Woman 1984 arrives at a time when the world needs a superhero. With many cinemas closed by Covid-19, the big-screen, that place of solace, that place of, well, wonder is out of reach when we need it the most.

If you can get to see Wonder Woman 1984, though, you really should. It’s a nostalgia blast, not just because of its setting but this is old-school filmmaking at its finest, hat-tipping to the warmth of Richard Donner’s Superman movies, mixing mayhem with whip-smart quips and villains that steal every scene they are in.

It’s the mid-’80s, some 66 years after the events of Wonder Woman, Diana Prince is living a life of solitude, her apartment filled with ageing memories of the past. She remains the same, though, still fighting the good fight (incognito) as Wonder Woman but not getting too close to anyone as she doesn’t want to face loss again.

It’s this feeling of loss that flows through the whole movie. Whether the characters are literal losers looking for something more, or those who have lost something special and the implications this can have on someone.

And there was you thinking that Stranger Things had done all the ‘80s mining that needed to be done. Wonder Woman 1984 is all the better because of its ‘80s setting. There’s a fantastically fun scene played out in a mall that ticks all the retro boxes - from Spandex to denim - and is borderline cheesy in places but it’s joyful to watch, giving you the feeling of the Superman movies of old…

3. Wonder Woman 1984 will make you believe a woman can fly

Director Patty Jenkins has created a wonderful ode to the superhero movies of yore, most notably Richard Donner’s Superman films. Side-stepping away from the doom and gloom of The Justice League - well, until the final act - there’s a definite tonal shift here that’s created a superhero movie full of hope and one that doesn’t forget that kids like to watch these things, too.

There are many moments that knowingly nod to Donner’s Superman movies, but it’s more about the tone - as with Reeves’ Superman we have Wonder Woman being a hero that us, and the world around them, believes. It’s uncynical filmmaking at its finest.

Cheetah and Maxwell Lord (Kristen Wiig and Pedro Pascal) aren’t the most well-known characters in the DC Universe but they are intertwined with Wonder Woman and are both superb in the film.

While their rise to villainy may feel a little rushed (this is a movie trying to cram two origin stories into what is already quite a convoluted plot), they are a blast on screen. Wiig’s comic timing is essential for making Barbara Minerva work, going from meek to apex predator, while Pascal is having the time of his life playing a maniacal Maxwell Lord, who wants it all no matter what the price is. He’s so over the top and effervescent at times that when his back story kicks in, it’s something of a gut punch.

5. Steve Trevor is back and it makes sense… to a point

We’re not going to give away how and why Steve Trevor is back but it works and hints at another big ‘80s/'90s franchise (albeit a television one) with the way it is done. Chris Pine does well to lift his part beyond plot device, bringing in the humour with his dress sense and a real sense of awe about the ‘modern’ world - something that was missing from that other ‘person out of time’, Chris Evans and his portrayal of Captain America.

At the heart of Pine’s arrival is a plot that takes its idea from a well-worn story and one that’s referenced throughout. It just about works to hold the movie together but does start to unravel by the end.

For ‘make believe’ to work, you have to make what you believe. With Wonder Woman 1984, Patty Jenkins and the rest of the Wonder Woman team have done just that. Packed with set pieces that are stuffed with practical effects and wrapped in a wonderful Hans Zimmer score - the opening scene featuring Lilly Aspell as a young Diana Prince is a pulse-pounding delight - and villains that are just as fun to watch as the good guys, WW84 is full of heart and unashamedly so.

Just don’t go into this movie thinking that you are getting another big chapter in the connected DC Universe. This very much feels like a movie that’s standalone and given it’s set way before any of the other events this makes sense (and is a nice ‘get out’ for the screenwriters, even though Zimmer hints at Batman Vs Superman with a couple of his themes). We can’t wait to see it again… hopefully on the big screen.

Wonder Woman 1984 is out in cinemas 16 December in the UK, Courtesy of Warner Bros. It’s out in theaters and on-demand through HBO Max in the US on Christmas Day.