The Marvel cinematic universe claims three of the top 10 spots on the all-time box office chart, including Avengers: Endgame at number one. It can seem Marvel's eternal rival DC is forever playing catch up but as you can see from this best DC characters list, there is a lot to love about DC.

The publisher the late Stan Lee referred to as the “distinguished competition” is home to some of the most famous characters in comic book history. Indeed, in terms of household names, they don’t come much bigger than Superman, Batman and Wonder Woman.

UPDATE:If you want to see the best DC characters suit up once more on screen, then you are in luck as Zack Snyder's Justice League is now streaming on HBO Go and NOW in the UK. It's a four-hour supercut of the original movie that takes out everything Joss Whedon did and adds in things like the Joker. It's definitely one for 'super' fans, then.

While Marvel tends to specialise in ‘normal’ street-level heroes with everyday concerns, DC has always had a thing for iconic god-like figures living among us mere mortals. Many are memorable characters who’ve survived numerous reinventions, whose logos are recognisable to people who’ve never read a comic in their lives. DC is also home to a rogues’ gallery of classic villains – led by the despicable likes of the Joker and Lex Luthor – Marvel can only dream of.

So join ShortList on a trip to Metropolis, Gotham City, Central City and beyond, as we select 10 of the best DC characters in history. And don’t forget you can play a part in shaping the list by voting these heroes and villains up and down. 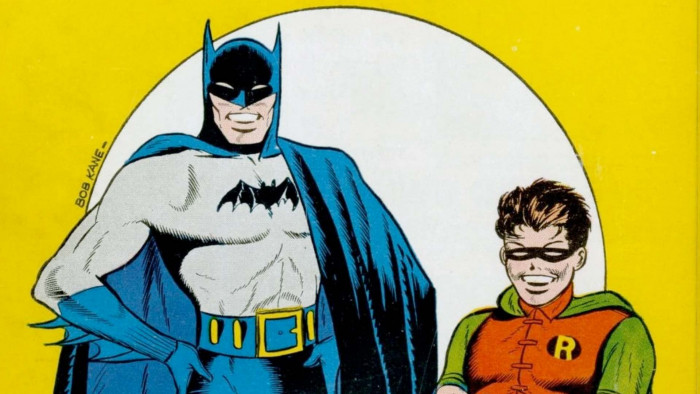 A year younger than Superman but every bit as iconic, the Dark Knight is the shadowy flipside of his Kryptonian counterpart. Despite having no superpowers to speak of – aside from Bruce Wayne’s very large wallet – he makes sure he’s a match for any villain with his impressive range of Bat gadgets, whether essential (the trusty batarang) or niche (shark repellent bat spray).

While patrolling the mean streets of Gotham City comes as standard, he’s arguably the most versatile of all the big-name superheroes. Depending on the era, he can be comedic, brooding or downright nasty, yet still unmistakably the Caped Crusader.

Vote for the best Batman actor on the silver screen Not many supervillains could headline their own hit movie, but the Joker isn’t like other supervillains. Gotham City’s so-called Clown Prince of Crime has taken many forms over the years, but the lethal combo of a psychotic disposition and love of a good laugh are always part of the mix.

As unhinged and anarchic as Batman is cold and measured, he’s the Caped Crusader’s most enduring foe and the antagonist of many of the Dark Knight’s most famous stories. On the big screen, the Joker has a couple of Oscars to his name (step forward Heath Ledger and Joaquin Phoenix), so he really is a bad guy with plenty to smile about. Pop culture’s most famous orphan and an all-round good egg, Superman has been a legend ever since he swooped into the first issue of Action Comics in 1938. While he wasn’t the first character with superpowers, the last son of Krypton set the standard against which all subsequent heroes would be judged, from his iconic suit/cape combo to his famous other life as mild-mannered alter-ego Clark Kent.

Although bad guys can exploit his soft spot for humanity and susceptibility to kryptonite, Supes’ impressive combo of super strength, flight and laser-beam eyes make sure he’s more than strong enough to defeat most evil-doers in Metropolis. 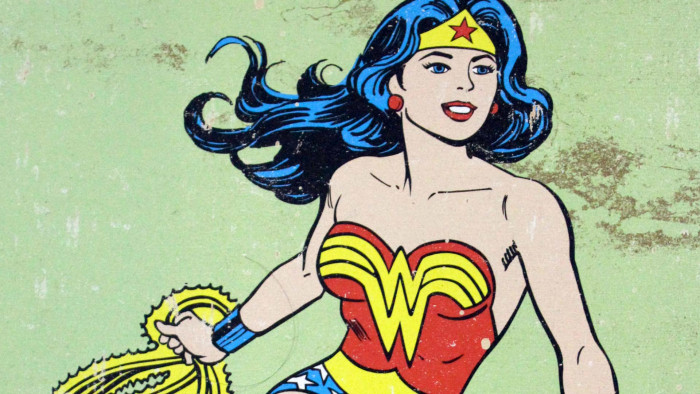 William Moulton Marston lived such an interesting life he was the subject of 2017 biopic Dr Marston and the Wonder Women. The American psychologist is widely credited as the inventor of the polygraph but – perhaps more importantly – he was also the brains behind Wonder Woman.

Setting out to introduce a hero whose power came from love as much as physical strength, Marston created an icon, an immortal Amazon princess whose powers flowed directly from the Greek gods. Diana’s been saving the world since World War 2 and is still going strong. 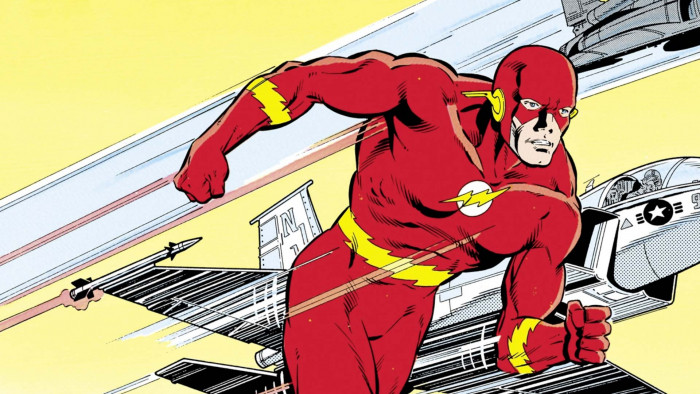 The Flash’s skillset has evolved over time, taking in incredible endurance, the ability to pass through walls (quantum tunnelling) and, thanks to his handy ability to move faster than light, time travel. Given the storytelling potential of leaping backwards and forwards in history, it’s clear that – whoever’s wearing the suit – the Flash will always be one of the Justice League’s MVPs. 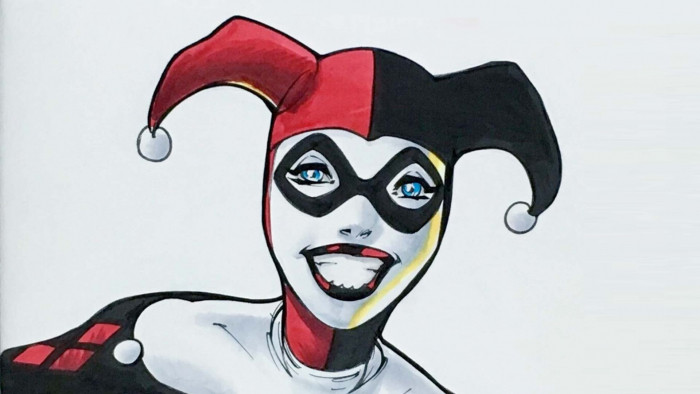 Considering she’s one of the most iconic, most cosplayed characters in the DC universe, it’s strange Harley Quinn didn’t make her debut in the pages of a comic. Instead her first appearance came on TV, in a 1992 episode of Batman: The Animated Series, and she made an instant impact as the Joker’s long-term love interest and partner in crime.

Before going bad she was Dr Harleen Quinzel, a psychiatrist at Gotham’s Arkham Asylum – but having the Joker inside your head is a dangerous thing, and she ended up as crazy and dangerous as he is. 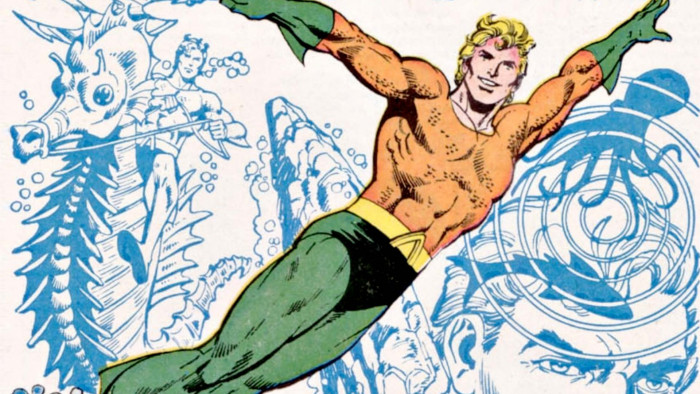 Possessing seemingly lesser powers like breathing underwater, swimming really fast and being able to converse with fish, Arthur Curry had become a figure of fun in the DC universe – even before Entourage and Family Guy made him the butt of many a joke. But the last decade has seen an extensive campaign of character rehabilitation for the king of Atlantis. Various comic book reboots and Jason Momoa’s performances on the big screen turned Aquaman into one of the coolest members of the Justice League. 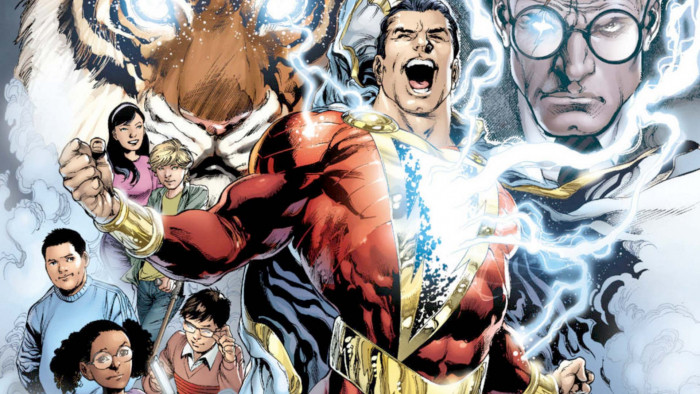 He wasn’t originally a DC character at all and, even more confusingly, used to go by the name of Captain Marvel. But, having emerged as Fawcett Comics’ answer to Superman in the early 1940s, the hero now known as Shazam eventually found his way into the DC stable.

His origin story is like a mix of Superted and Bananaman, as orphaned teen Billy Batson utters a magic word and finds himself transformed into a musclebound adult with an impressive selection of magical powers – it’s not a bad way to avoid doing homework. 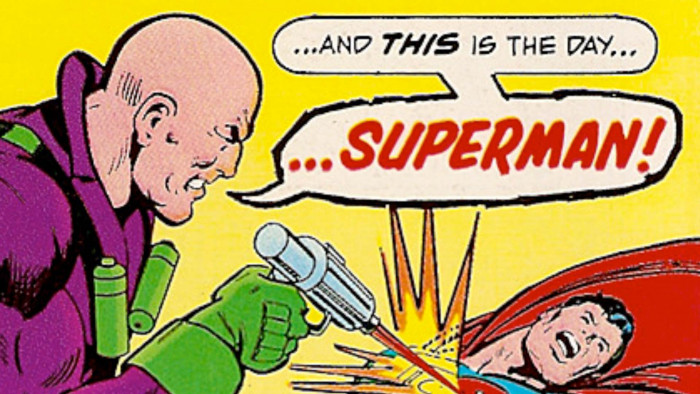 Power-hungry billionaire businessman turns out to be an evil man? What are the chances?

If you’re going to be Superman’s arch-enemy, there’s no point trying to defeat the Man of Steel with brawn. Instead, Lex Luthor uses his genius-level intellect, shrewd business brain and all-round ruthless streak to make sure he’s a constant thorn in Clark Kent’s side. Brainiac, General Zod and Doomsday may be more obviously powerful, but Lex is Superman’s ultimate nemesis. 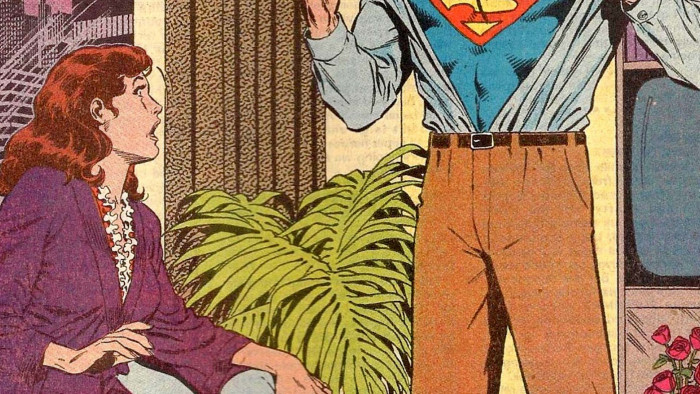 She’s not faster than a speeding bullet or more powerful than a locomotive, and she’s unable to leap tall buildings in a single bound. Nonetheless, Superman needs Lois Lane as much as she needs him. Yes, she has a habit of getting herself into dangerous situations that require a spot of Kryptonian intervention, but that’s mainly because she’s such a brilliant, tenacious reporter that personal safety is subservient to a good story.

Lois Lane does, however, have one massive weakness. While the comics have attempted to explain her inability to see that Clark Kent and Superman are the same person, her struggle to defeat a pair of specs is baffling.