World Whisky Day 2021: the whiskies to try and buy

A day dedicated to whisky? Oh my. 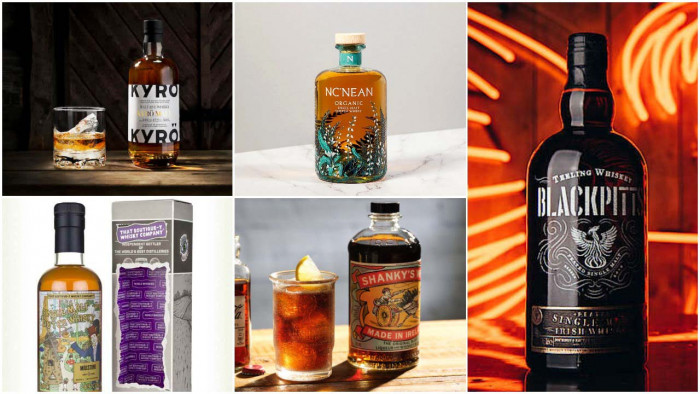 It is World Whisky Day (15 May) but if you are a connoisseur of the stuff, then you would know. That's because those who love a dram are obsessed with the stuff. And quite rightly, too, as the drink is one of the greatest pleasures in the world.

It is also something that should be tried by all, so ignore the whisky snobs and find a bottle of the good stuff that is right for you, regardless of age, price and, well, make.

If you need some help deciding we have a whole host of whisky buying guides available for you.

Whether single malt or blended is what you want, Scottish, Irish or bourbon, we've scoured the globe for the best whisky right now - and we have also thrown in a few deals, too.

If you head to our best whisky list then you will see that we have a selection of 22 of the greatest whiskies we have taste tested.

As voted by you, the current top of the crop is the Cotswolds - Single Malt. As we say in our review: "With notes of honey, orange marmalade and dark red fruits, it is very sippable" and "a great option if you're looking for a gentle introduction to the world of whisky."

In our best Irish whiskey guide, Sailor's Home - The Haven is in the the top spot. This is a cracking whiskey, packed with a good dollop of cream that is peppered with subtle spice. It's a single pot still Irish whiskey, made with malted and unmalted Irish barley and oats.

The number one bourbon right now

Our number one bourbon in our best bourbon list is the fantastic-tasting Buffalo Trace. According to its distiller, it's “Pleasantly sweet to the taste with notes of brown sugar and spice that give way to oak, toffee, dark fruit and anise”.

To make sure your World Whisky Day is a special one, we spoke to Alex Thomas, The Sexton Single Malt Irish Whiskey’s Master Blender, and asked her to share her top five cocktails. Enjoy!

"Because life is too short to spend fighting, this refreshing Bury the Hatchet cocktail oozes bold flavour that you won’t forget. The lemon juice enhances the complex citrus notes of The Sexton Single Malt, while the hint of sugar complements the smooth honey finish of the spirit."

"If you’re a fan of a sweet serve, this sherry-tastic cocktail will hit the spot. The combination of two different varieties of the Spanish fortified wine with The Sexton Single Malt Irish Whiskey, which has been matured in Spanish Oloroso sherry casks will delight and excite your tastebuds."

"Perfect for embracing the night time, this devilishly dark tipple combines both coffee and maple syrup for a cocktail which is bold in taste - satisfying even the most restless of spirits."

"Finding inspiration from the darkness, this ‘noctail’ utilises ingredients grown in the dark which produce a heightened flavour experience. This may take a little longer to create, but this mushroom-infused concoction is well worth the wait. Remove the visual cues and drink whilst wearing a blindfold for the ultimate nocturnal drinking event."
Method
Combine a pinch of dried cep mushrooms in an airtight container with 40ml of Sexton Whiskey and infuse for 2-3 days. Once ready, strain you mixture of ice with with 3 dashes of Angostura Bitters and 10ml of maple syrup. Then stir and strain a over large ice cube into a rocks glass, garnish with a cinnamon stick
Serve in a rocks glass with an oversized ice cube and garnish with a cinnamon stick

"If a spot of theatre is more your thing, this spicy cocktail turns black as you drink it. Including hot pepper sauce and smoked chipotle ketchup, the black ice cube will bring a dark twist to any cocktail party."
Method
Shake and strain into a chilled coupe. Make black ice by adding FABBRI Black Nero Gum or black food colouring, then gently place black ice cube into glass.

Fill a glass with cubed ice and add all the ingredients. Gently stir then garnish with a fresh sprig of mint.

We have been trying out a number of new whiskies while celebrating World Whisky Day. Here are a selection of our favourite new tipples...

We have to admit that this is the first Dutch whisky we have tried but we are glad we did. bottled at 49% ABV from the Zuidam Distillery, this is a great dram that's limited to under 2,000 bottles and has a real dark fruit and chocolate flavour. The bottle design is fantastic, too.

If you are looking for a peated whiskey to try this World Whisky Day then the Teeling Blackpitts is it. The first peated release from the distiller, this is triple distilled and bourbon casks are used so there's plenty of smoke. There's hints of plum, pepper and green pear too.

Finland isn't the place that you automatically think of when it comes to whisky but the Kyrö Malt Rye Whisky is a great-tasting whisky that's packed with bundles of spice, toffees and oak. It's a rye whisky so expect more of a spiciness than normal but this is definitely a whisky worth investigating.

This whisky liqueur is a lot of fun to drink. It's made with Irish whiskey and infused with vanilla and caramel giving it a smooth finish that gives the mouth feel of a creamy drink, even though there is no cream in it. We love the old-school bottle and have enjoyed Shanky's Whip with Coca-Cola, so really recommend giving this one a try.

We are all for sustainability so it's great to see that Nc’nean is a 100% renewable energy distillery and the bottle is 100% recycled, too. The liquid inside is also great: there's a real warmth to it with apple pie and lemon curd coming to the fore.

If you want more whisky goodness, then head to one of the following guides: