Plus, it teases that things are going to get epic. 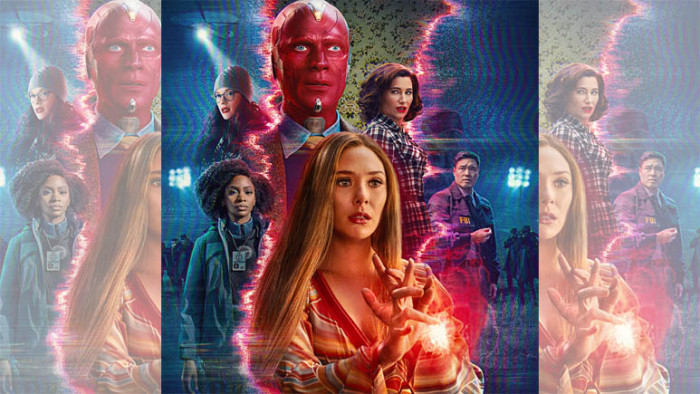 WandaVision has been teasing us since it was released on Disney Plus. Each episode is 30 minutes of greatness which both satisfies and leaves you hanging with a thousand different theories as to just what the hell is going on.

Anyone who has watched episode 4 - and we hope that is all of you - will now know that there is much bigger things in play in WandaVision, with the show peaking behind the wizard's curtain.

Episode 5 is set to be a key episode in many ways but the most obvious one is that it is the midway point in the nine-episode arc. To celebrate this, Disney has revealed a brand-new mid-season trailer and it could well have shown us the first glimpse of the villain.

Skip to 1:05 to see for yourself. Yes, at first it looks like a bunch of static but it's definitely someone or something breaching the energy wall of Westview, where Wanda and Vision are living.

Now, it could be Vision coming through - as this is also teased in the trailer. But it looks like someone with a hood on to us, or at least a long cloak.

We'd love it to be Doctor Doom as in the comics this is who took over the big bad chair when Ultron was defeated. But also, we may well be clutching at straws and projecting what we want to see in our very own Wandavision magic eye picture.

Whatever the answer, this is a cracking trailer that hints at epic things to come as well as some pretty natty '80s hairstyles.

WandaVision is streaming weekly on Disney Plus. These are the best Marvel TV shows around right now.