WandaVision: episode 4 teaser revealed: get ready for a huge change

A big shift is set to happen 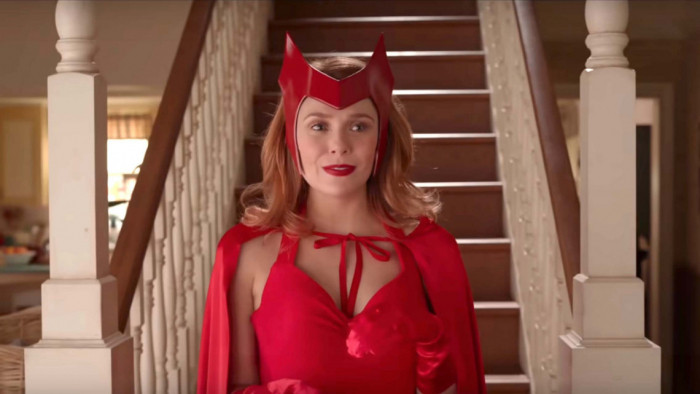 UPDATE: Elizabeth Olsen wasn't wrong. This huge teaser from Marvel has just arrived and it definitely shows that WandaVision is taking a huge shift away from the sitcom premise, at least in part. Mild spoilers ahead but this Marvel promo is well worth a watch before you read the original article below...

Everything is about to change. Experience a new episode of Marvel Studios' #WandaVision tomorrow on #DisneyPlus. pic.twitter.com/pcY6K1KXOq
— Marvel Entertainment (@Marvel) January 28, 2021

WandaVision is one of the best things on television right now and unlike any Marvel property before it. While packed with Easter eggs that have fans flocking to forums, each episode so far has actually followed a rather predictable formula. According to its main star, this is all about to change.

So far we have had three episodes of WandaVision, easily one of the best Disney Plus shows, and each one has followed a sitcom trope. The first was homaging '50s sitcoms such as The Dick Van Dyke Show, then it was the '60s with Bewitched an obvious comparison. In episode 3, the cracks of reality started to show but it was still within the confines of a Seventies sitcom and the first to add some colour.

According to Elizabeth Olsen, who plays the Scarlet Witch in the show, episode 4 is when it really kicks off and changes happen.

Speaking to a gaggle of journalists on the promotional run she said: "When we started filming this show, we had all nine scripts, so I didn't have to not really know what was going on ever. It was very specific"

"I think the reason why they show the press the first episodes is because Episode 4 is quite a shift. It's a really fun perspective swap and I think a lot gets understood at that moment."

There we have it, Episode 4 is when the mystery may start to make sense. So, what will it be? We are watching it at the same time as you so have no secrets to tell. But it's likely that we will see behind the curtain, with a Truman Show-esque look at those manufacturing the world of WandaVision.

Last year, Paul Bettany - who plays Vision - said something similar but reckons that the big battles will happen later in the show. "I think that when you get full awareness of what the hell is going on in this place is probably somewhere in the region of [episodes] seven and eight and then you need some big battles and you're gonna get 'em."

Whatever happens, WandaVision is proving to be the most inventive show in years and with six episodes to go Marvel has a lot of money to burn through - the show cost a reported $25 million budget per episode. It's unlikely we have seen that sort of money spent so far, so expect some big-budget effects to start appearing.