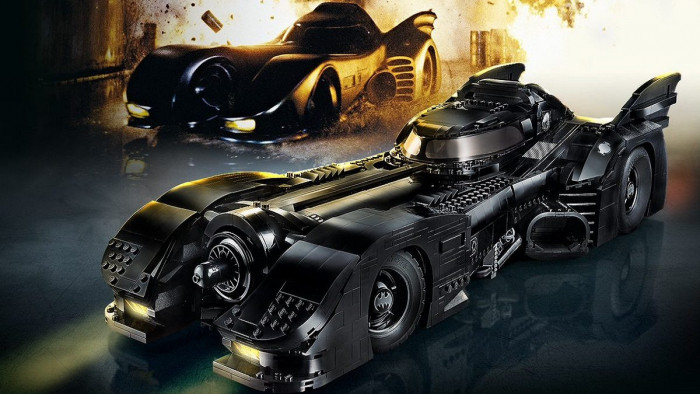 Okay, this is incredible. LEGO has just released a new set in time of Christmas, and it's one that will be right at the top of every Batman fans' and 80s-movie fans' Xmas list.

The Batmobile from Tim Burton's 1989 Batman movie has been given a LEGO makeover and now comes in a set that comprises 3,300 LEGO pieces. Given it's been some 30 years since the movie came out, this is a fantastic anniversary gift.

The LEGO set comes equipped with a little Batman, Vicky Vale and Joker figuring (played by Michael Keaton, Kim Basinger and Jack Nicholson in the movie) and the set measures: 4 x 3 x 8 inches.

It's available today (which is handily also Black Friday) and a lucky few who order it will also get a limited-edition mini version of the model, too.

"Die-hard fans will love authentic features such as the slide-open cockpit with a new-for-November-2019 wraparound windshield element, 2 hidden machine guns with a pop-up function activated by turning the turbine exhaust, and decorative grappling hooks on each side of the vehicle," notes LEGO.

The Batmobile also comes with a rotating display stand (with an attached information plate with 1989 Batmobile statistics) so you can view it from every angle.