This robot Kid Groot Disney has created is incredible 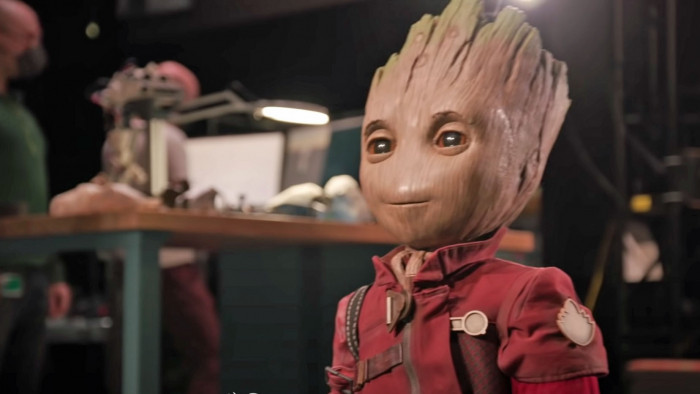 With Disney's theme parks re-opening the world over, the entertainment giant has been busy figuring out what the future of its live experiences will look like. And as the following video of a robot Groot shows, it is going to be incredible.

TechCrunch recently went behind the scenes to see what Disney's Project Kiwi is all about. The project is being run by Disney’s Imagineering R&D arm and is a years in the making investigation into making lifelike robots for some of its most loved characters.

The idea is to go beyond animatronics and create realistic, moving bots that are as comfortable walking on two feet as humans are.

Work has gone into making sure the gait of the robots are as realistic as possible, with gears that produce the energy for the joints to move and creating actuators (the things that make the limbs move) from scratch, as there was no technology around that fitted what they wanted to achieve.

The result is a fantastic demo of a near future for theme parks, with robots walking around and interacting with crowds, getting their pictures taken and the rest.

That is a long way off, but for now sit back and relax and watch Kid Groot in this early concept exploration do his thing. And also Marvel at that fact we didn't mention WestWorld, and the malfunctioning sentient robots in its theme park that cause untold havoc, once in this piece.