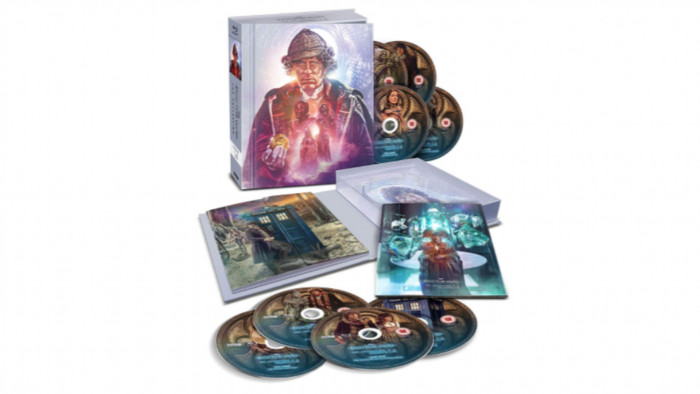 There’s an abundance of Doctor Who merchandise out there, and it’s fair to say that it’s not all five-star quality. But, every now and there, BBC forces it way through the pile of cheap t-shirts and mugs to bring out something quite exciting.

This time, it's a limited-edition Blu-ray collection of season 14, containing all of Tom Baker’s most iconic moments as The Doctor. Plus, a whole lot of bonus features.

For those who need their memory jogged, season 14 saw the departure of the Doctor’s long-term companion Sarah Jane Smith, and the introduction of Leela. Along with, adventures in Victorian London, enemies disguised as ancient Chinese gods and The Doctor’s return to his home planet Gallifrey.

Not only does the collection include the full series, but there is also updated special effects, rare archive footage, and behind the scenes looks at scripts and costumes.

If you know a Whovian with a birthday coming up, this is the present to get them.

And, while it won’t officially be released until later this year - 20 April, to be exact - it is available to pre-order now for £39.99.