From bits to bricks. 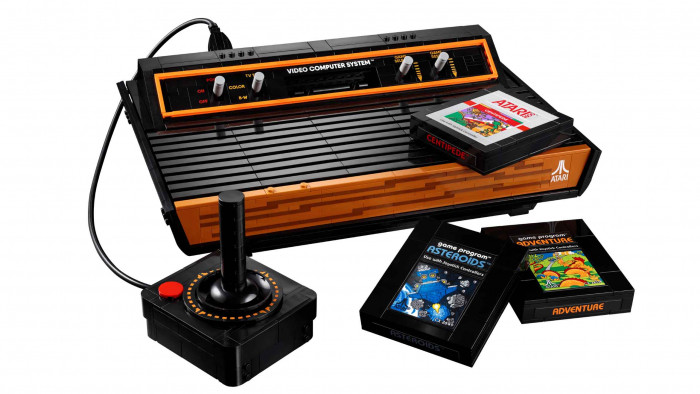 Five years later, in 1977, the company shifted from arcades to the home, with the Atari 2600 - a homes games console which helped bring video games in the home and defined a generation of some of the greatest retro games of all time.

Atari is celebrating this fact by teaming up with LEGO for this fantastic brick-based version of the Atari 2600.

According to LEGO, this is a "nostalgic recreation of one of the most famous video game consoles of all time".

"The iconic Atari VCS/2600 was an instant hit when introduced in 1977 and the new LEGO set is based on the four-switch revision which debuted in 1980. The release of the new LEGO set also comes in celebration of Atari’s 50th anniversary."

The set is made of 2532 pieces and comprises: a console; iconic game cartridges; 3D recreation of the 2D games; joystick; and surprise open mechanism.

The LEGO set was designed by Atari fan - and LEGO designer - Chris McVeigh, who said about the design; “The Atari 2600 was one of the most memorable gifts I got as a kid. I recall spending hours and hours in front of the TV, absolutely amazed that I could play arcade games in my own home.

"There were so many legendary titles, too, including Asteroids, Adventure, and Centipede. This is why it has been such an incredible experience to bring two icons together, Atari and LEGO, in this awesome set.

"We hope that building this classic console takes you back to those halcyon days when a handful of pixels meant a world of adventure.”

This new LEGO set is among a number of cool new sets from the company, including the Home Alone house and the brilliant LEGO Star Wars AT-AT, which is its most expensive set of all time.