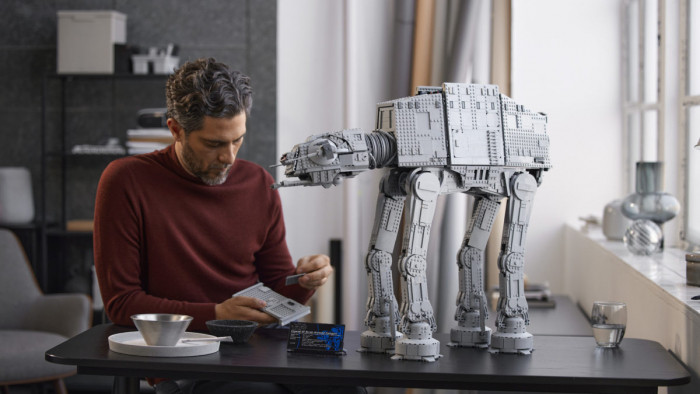 Star Wars and LEGO have been the perfect match for years now and while the sets released have been getting more intricate, they are nothing compared to the latest reveal.

Just announced, the Star Wars AT-AT is a stunning LEGO set that comprises 6,785 pieces and is part of the LEGO Star Wars Ultimate Collector Series.

It is a brick-packed kit that replicates one of the most well-loved vehicles in Star Wars lore - this isn't the first time LEGO has tried its hand at creating an AT-AT but it is the most intricate.

Given an actual AT-AT was around 20 metres tall, LEGO has made this one sizeable with a height of 62cm.

Alongside the AT-AT you also get an E-Web blaster canon and two speeder bikes, and to make the legs work as authentically as possible LEGO is using some Technic gears and cogs.

Although you get five Stormtroopers in the pack, there is room in the AT-AT for a whopping 40, so you better call up the likes of your Marvel figurines and LEGO City mates to come along for the ride. You do get two AT-AT Pilots and General Veers in the pack, too, as well as Luke Skywalker in X-wing Fighter garb.

Given the detail and the amount of bricks this one takes to build, this is the most expensive LEGO set in the UK so far (something picked up on by Brick Fanatics), coming in at £749.99, $799 in the US.

Is it worth it? Well that depends on how quickly you are going to head to the LEGO page to find out more.

The LEGO AT-AT will be released 26 November.