These are all the new emoji you need to know about

Perfect if you need a smiley face while crying reaction. 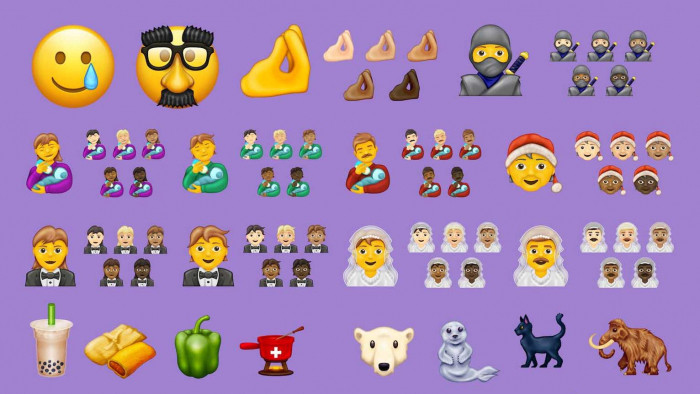 The official list of new emoji has been revealed and there are 117 new emoji heading to an iPhone, iPad, Mac ans Android phone near you soon.

The new emoji collection was announced by Emojipedia, the folks that are in charge of creating the icons. The list is the most diverse yet, with many of the emojis being gender variants of icons that are already around.

"Variations of existing emojis now approved for 2020 include a woman or gender-inclusive person in a tuxedo, as well as a gender-neutral person or a man in a veil. These, along with other approved emojis, will be coming to phones later this year," said the blog.

Highlights of the new emoji include: a gender-inclusive alternative to Santa Claus and Mrs. Claus, named Mx. Claus; People Hugging which shows a greater sense of empathy than the previous excited-looking Hugging Face; A Woman in Tuxedo and Man with Veil; a smiley face with a tear.

As always, these emojis may look different on each platform with Emojipedia noting: "As with all new emoji releases, the appearance of each emoji varies by platform. Images shown on are original designs created by Emojipedia in a glossy style to show one potential way these may look when implemented on major platforms such as iOS, Android, WhatsApp, or Twitter."