Because those denim overalls are iconic. 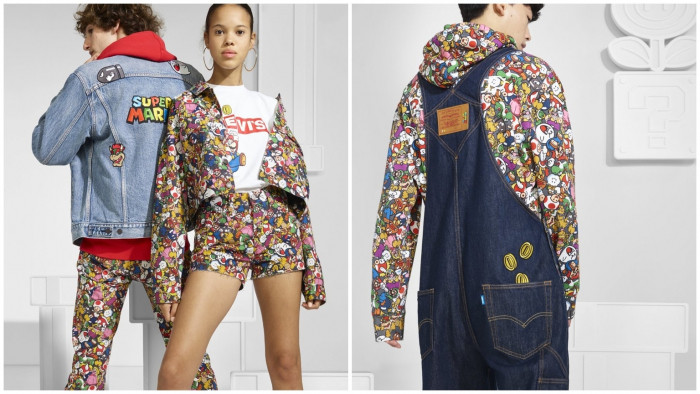 It’s fair to say in the past, Super Mario merchandise has been… well, a little bit rubbish. Fans will then be pretty darn happy to find out that Levi’s as come to rectify that.

That’s right. The Jeanswear brand is making its own collection dedicated to celebrating the Italian plumber and his iconic denim overalls.

Available from 1 April, the collection was initially teased on Twitter by Levi’s, but the short four-second video gave nothing away.

Shared simply with the caption ‘Coming Soon’, the video showed the brand’s two logos along with a giant gold coin - just like the ones you’d collect in the games.

We now know that you will be able to buy a version of Mario's stylish denim overalls, as well as hoodies, denim jackets and shorts covered in the Super Mario characters including Torpedo Ted, Toad, Princess Peach and Boo.

Super Stars, coins and the Super Mario Flower also feature on a number of designs. There are more photos of the collection swimming around online (via Level Up).

No official prices yet, but we suggest keeping an eye on Levi’s Twitter so that you're the first to known as and when more details are released.