The Suicide Squad trailer revealed: and it was teased in the most amazing way

UPDATE: The trailer is finally here - we have high hopes for this movie. 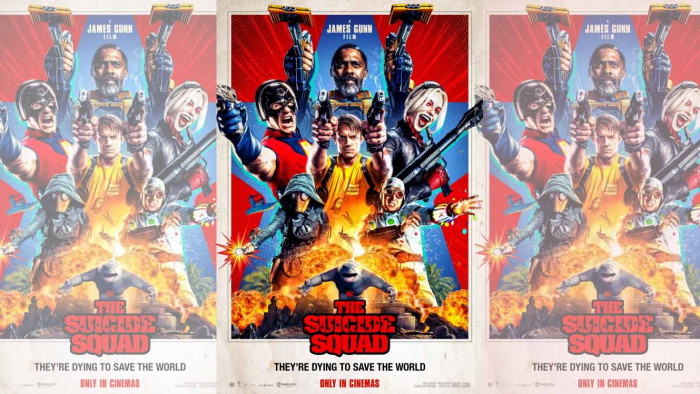 The Suicide Squad is one of the most exciting properties DC has, so it's a shame that we currently have a rather lacklustre film to showcase the myriad superheroes with questionable morales.

While DC has gone on record to say that we won't be getting a David Ayer cut of his Suicide Squad - the movie was re-edited to add in much more humour - we will instead be getting James Gunn's stab at the movie.

So far, we have seen glimpses of what is to come in the form of a behind-the-scenes teaser from the DC FanDome Sneak Peak but not much else. But that is about to change.

James Gunn took to Twitter that there will be a full trailer reveal 26 March and it announced it in the best possible way.

(UPDATE: That trailer is now here and we've embedded it into the article below.)

He showed off a brand-new poster to mark the arrival of the teaser.

I'll just drop this here. Did I mention that a trailer is coming tomorrow? #TheSuicideSquadpic.twitter.com/VmB9n0rFSZ
— James Gunn (@JamesGunn) March 25, 2021

The poster is EXACTLY what we want to see. It riffs off The Dirty Dozen and we are hoping this is the type of ensemble movie that we are going to get. Gunn has already said that nobody is safe in the movie, so expect lots of carnage. Also, his initial tease of the teaser shows a red MPAA logo which means that trailer we are getting should be Red Band.

The movie isn't a sequel to the 2016 film but a whole new take on the squad. David Ayer is happy with this approach, though, so there doesn't seem to be any bad blood there.

The Suicide Squad is set for release 6 August and will be in cinemas and available to stream at the same time.

It is one of a slate of Warner Bros movies that will be released day and date on HBO Max, or just getting a streaming debut. Others include the upcoming Godzilla Vs King Kong.

It feels like the superhero news from Warner just doesn't stop coming. Recently we heard that, despite the massive success of Zack Snyder's Justice League four hour cut, we won't be seeing any more Snyder-verse movies - which does mean we may well get more standalone The Suicide Squad type ones in the future.

Here's the new The Suicide Squad trailer. Which looks fantastic.

to subscribe, and be among the first to receive content up until release! pic.twitter.com/O4fw1pbvXO
— The Suicide Squad (@SuicideSquadWB) March 26, 2021