99 sleeps until ‘The Lion Sleeps Tonight’ 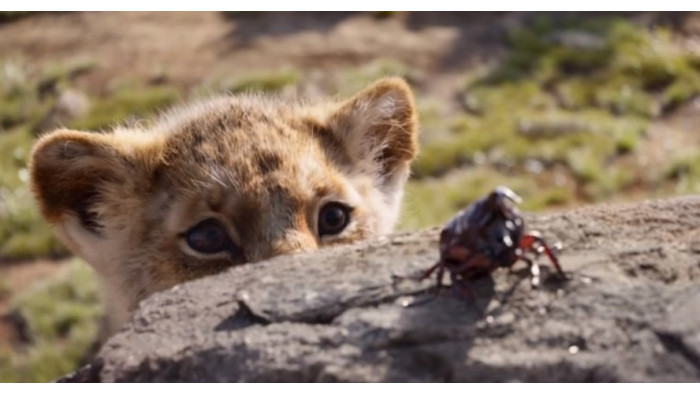 It’s just 99 days until The Lion King hits cinemas. Well, hits cinemas for a second time, anyway. Obviously the original Lion King is 25 years old now, and if that makes you want to crawl up into a ball and wonder exactly how a quarter of a century has passed since we first heard The Circle of Life blaring out, Disney has a new trailer of the live-action remake for you to enjoy.

And it’s pretty wonderful. The CGI does really make it look like Disney has auditioned actual animals for the remake of Furry Hamlet. Until they start speaking, obviously, though the video is mainly voiceover so you don’t see much of that.

What you do see for the first time is the appearance of Timon and Pumbaa, who treat us to a just enough of “The Lion Sleeps Tonight” to get it firmly lodged in your head. We also get our first look at Scar and… well, he just looks like a slightly mangy lion that’s got in a few more scrapes than the others. Just look at those ear tears.

We do get to hear Scar talking – or more specifically Chiwetel Ejiofor, who has replaced Jeremy Irons as his voice. But we’ll just have to wait until July 19 to hear the kind of performances the rest of the cast – Donald Glover, Seth Rogan, Beyonce and John Oliver amongst them – are able to bring to the table.

In fact, it’s all change for the cast aside from James Earl Jones who returns to voice Mufasa. Something of an irony for a character who – SPOILER – isn’t going to last very long if the remake follows the original’s lead.