This Star Wars: Clone Wars is set for The Mandalorian. 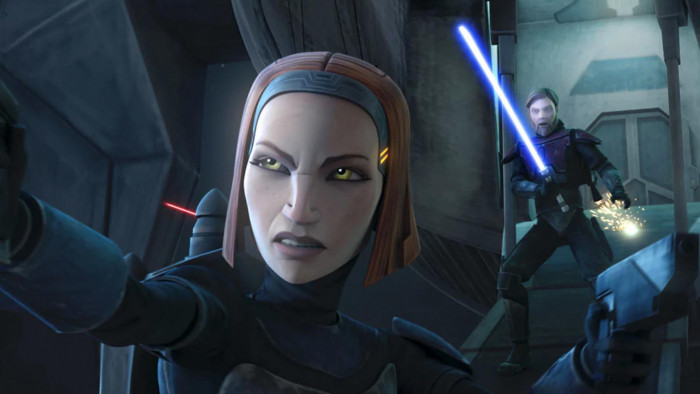 The Mandalorian Season 2 is set to add a barrel load of existing Star Wars characters, if all these new reports are correct.

So far we have rumours (none of which have been officially announced by Disney) that Boba Fett will pull himself out of the Sarlacc Pit and appear in Star Wars: Season 2.

It's also rumoured that fan favourite Ahsoka Tano - a key character in both Star Wars: Rebels and The Clone Wars - will be played by Rosario Dawson and Terminator star Michael Biehn will join the cast.

And now we have news that Battlestar Galactica alumni and Star Wars voice actor Katee Sackhoff has been cast as Bo-Katan Kryze - the character she leant her voice to in both Clone Wars and Star Wars: Rebels.

If this is the case, then it's fascinating to see The Mandalorian pick up some of the threads from what happened in the brilliant animated Star Wars shows.

If you are a little confused as to where The Manadalorian sits in Star Wars lore, then head to our 'how to watch Star Wars in order' guide. But it's worth knowing that the show is set in the aftermath of the Original Trilogy.