Mandalorian: Season 2 - Boba Fett WILL appear, according to this report

But, but, what about the Sarlacc pit? 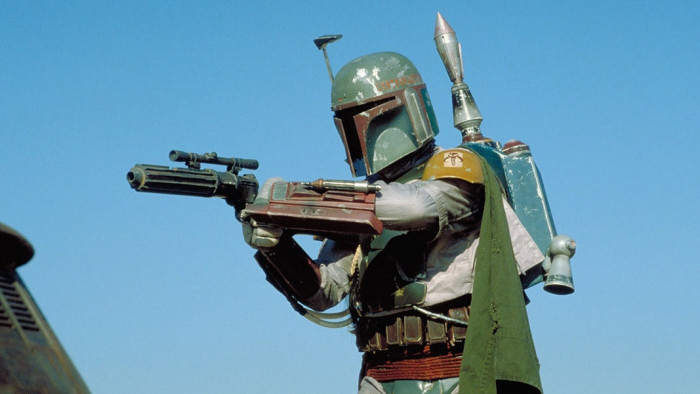 6 minutes 32 seconds. That's how long Boba Fett is seen in the original Star Wars trilogy. But through that cameo appearance he has been heralded as one of the best Star Wars characters of all time.

And it's easy to see why. He's a bounty hunter that looks cool but unfortunately was given something of a shit ending... falling into the Sarlacc pit in Return of the Jedi and seemingly never to be seen since.

But that's all about to change. It has been confirmed that Boba Fett will appear, albeit briefly, in the Mandalorian: Season 2.

And that's where things get interesting. The Disney Plus TV show is set some 5 years after the events of Return of the Jedi, showing a world that's not in triumph but disrepair, much like the world before the Empire fell.

The actor who played Boba Fett in the prequels, Temuera Morrison, will kind-of reprise his role (remember all that cloning rubbish meant Jango was really Boba) according to The Hollywood Reporter.

While it would be great to see Boba in The Mandalorian, we reckon there will be some sort of twist. Especially if it's a brief cameo. If he appears in the same timeline then he never really died in the pit. If it's a flashback then at least it will offer him up a few minutes' more screen time.

Whatever happens, The Mandalorian is a fine TV show that feels like it should have actually been a Boba Fett: The Early Years series. So, it would be great to see the character that inspired the whole thing.