It's already being compared to 'Hereditary' 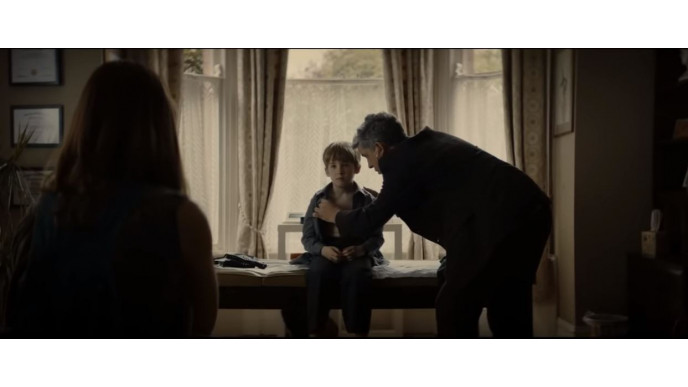 The horror genre has enjoyed a great resurgence in the last year or so, though some will say it never really went away.

Instead, it was just hiding under the floorboards or behind the curtains, waiting to emerge with a 90-minute jump scare every few months.

2018 gave us Hereditary at the cinema and TV series The Haunting of Hill House on Netflix, but the genre isn’t slowing down.

Next up, we have The Hole in the Ground, and it might be scarier than them all.

The Hole in the Ground is being distributed by A24, the company involved with Hereditary and Green Room, and has received its premiere at the Sundance Film Festival.

It is a feature-length debut for Irish director Lee Cronin, and at the time of writing has a score of 89% on Rotten Tomatoes.

The film follows a mother and son who move to a home in the Irish countryside near to a sinkhole (the titular Hole in the Ground), but we’ll let you watch the trailer below to get more of a feel for what to expect.

“Compared to [Hereditary], Cronin’s film is more of a straight-up spookhouse ride: jolting in the moment, but less likely to linger in the bones long after viewing,” writes Variety’s Guy Lodge.

Jude Dry of IndieWire, meanwhile, says “The Hole in the Ground appears to have all the elements of a horror classic,” and pays particular attention to the way it “delves into supernatural folklore to weave a tale about the primal fears of motherhood”.

The Hole in the Ground opens in cinemas on 1st March from Vertigo releasing.