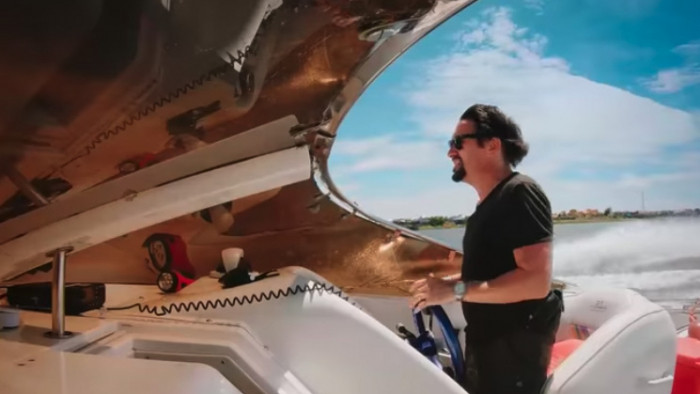 It's official. the first episode of The Grand Tour is coming soon, with Amazon Prime Video announcing that it will start streaming 13 December.

The first episode will be officially titled: The Grand Tour presents: Seamen. Stop that sniggering in the back.

Speaking about the new episode, and the show, Georgia Brown, Director of European Amazon Originals for Amazon Prime Video, said: “We are excited to announce the launch date for The Grand Tour presents: Seamen, the first of our epic adventure specials from Amazon Prime Video’s much loved trio, Clarkson, Hammond and May.

“We know fans love to see the guys take on these incredible adventures across exotic locations and The Grand Tour presents: Seamen does just that – this feature length special promises to be a thrilling off-road escapade, full of challenges and jeopardy, climaxing in one of the most dangerous and exciting challenges Jeremy, Richard and James may have ever endured – viewers are in for a rocky ride!”

Don't just take Amazon's word for it, they have also released a teaser.

It's a busy week for Amazon. It is has started its Black Friday sales, so head to our best Black Friday deals piece for more information. And if you are a fan of Grand Tour, don't forget to vote for it in our best Amazon Prime Series guide.