The Batman review: the darkest of Dark Knights

The Bat is back and has the bruises to prove it. 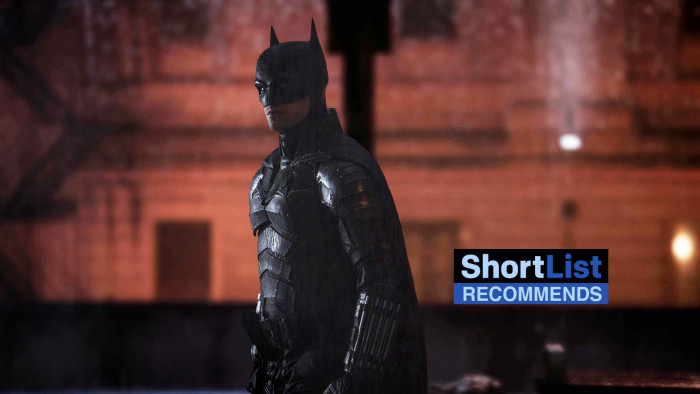 Since then, Batman has been part of the DCEU, becoming a superhero that’s had a little help from his friends with varying results. But whatever your take on Zack Snyder’s movies, nobody can doubt that Ben Affleck was a towering presence in those films.

Skip to 2022, though, and the Batman on the big screen now is a loner. Stripped of the DCEU, and all its baggage, what we have is a brilliant, brooding, bruising take on The Dark Knight mythos.

It’s clear that director Matt Reeves and Robert Pattinson's Bat signals a bold new era for The Batman. Here are 5 things to know…

Note: we have tried to keep this review as spoiler-free as possible.

In The Batman, we have a Caped Crusader who is still figuring things out. He’s a known presence but not a formidable one. While some know of him from recent stories, the mention of him doesn’t yet have the power to enact fear in his enemies. And that’s an essential part of The Batman. We are introduced to the myth building by brute force. Robert Pattinson may not portray the burliest of superheroes but his fighting style is one that hits home, whether he’s after petty thugs or the organised crime of the city, he’s trying to make his mark with the people he intimidates.

2. This Batman is not yet trusted

There’s a scene in The Batman that's hinted at in the trailer, when he arrives at a crime scene with James Gordon. His boots thud as he enters the room, all the police looking at him with a mixture of curiosity and absolute contempt. It’s reminiscent of Robocop when he is first introduced and his ‘colleagues’ are suspicious of the new guy.

That’s what Batman is, the new face of crime fighting in Gotham and it’s not one that’s yet to earn the trust of the cops on the beat. This idea is played out throughout the whole film and also underpins Gordon’s relationship with The Batman - he’s got faith in him, something that he may not have in the police department he is part of. His relationship with Batman is a huge gamble, one that he has to hold his nerve for it to pay off.

3. The villains in The Batman are chilling

The Riddler in The Batman is the scariest Batman villain we have seen yet. His presence throughout the movie is suffocating, playing on the serial killer tropes of Zodiac and Se7en, he’s a David Fincher villain shaped into comic-book form.

Paul Dano is superb as The Riddler, a performance that’s both off putting and mesmerising. It’s easy to see why Reeves chose The Riddler here, given he wanted to play on the Batman’s detective roots.

As for The Penguin, yes Colin Farrell is unrecognisable as the gangster but the prosthetics are superb. You never once think you are watching a man in makeup, but a fully formed character - one that sticks closely to the comic-book but also has hints of Fredo from The Godfather and those other characters that are building to something. He’s also the occasional comic relief in a movie that has very few light moments.

4. The Batman is a dark movie

The darkest of Dark Knights, The Batman is one helluva visceral gut punch of a movie. There’s no letting up from the opening scene to the end credits. Throughout there is this sense of foreboding - the anxiety that The Riddler creates with his plan reverberates in each scene.

Gotham is not in a good place with The Batman and Bruce Wayne suffering as a result - the weight of being a vigilante is taking its toll, his nocturnal activities turning him into a recluse.

It’s seen in the weather, the pathetic fallacy of an-always rainy Gotham matched by the the real pain etched on Alfred’s (a sombre turn from Andy Serkis) face, where he feels powerless in helping Wayne get out of the rut he’s in.

Reeves may have created a grim world but he and cinematographer Greig Fraser have shot it with beauty. The noir-like tone throughout the whole movie is punctuated with beautiful shots. Red is a key colour, a neon danger sign lurking everywhere.

5. The Batman is an epic watch

For a film that is all about not showing the origins of Batman, there is still a lot of setup and The Batman takes its time to tell its tale. At its heart is an intricate detective story, with myriad threads that connect this story up (not all of them are successful).

One of the highlights, though, is Batman’s relationship with Catwoman. Zoë Kravitz aces the part, proving to be as much a match for Gotham as Batman. Their scenes are occasionally awkward, as they are trying to figure out where both their allegiances lie, but that adds to the chemistry they have.

Selina Kyle is an essential part of the plot and it's great to see the pair of them on screen throughout.

Matt Reeves has created a dark, down-to-earth Batman tale that is reminiscent of Sin City in parts and Zack Snyder's 'other' superhero movie, The Watchmen - Wayne's voiceover has aspects of Rorschach's gravelled take on life.

It charts a nihilistic Batman in a broken world trying to take down a villain that is, frankly, terrifying. Despite its age rating (PG-13 in the US, 15 in the UK), this is a hard watch at times, but one that’s also filled with brutal beauty.

It's a Batman film like no other and we can't wait to see where the story goes next.