Exclusive: We chat to the director of The Batman about his take on the superhero. 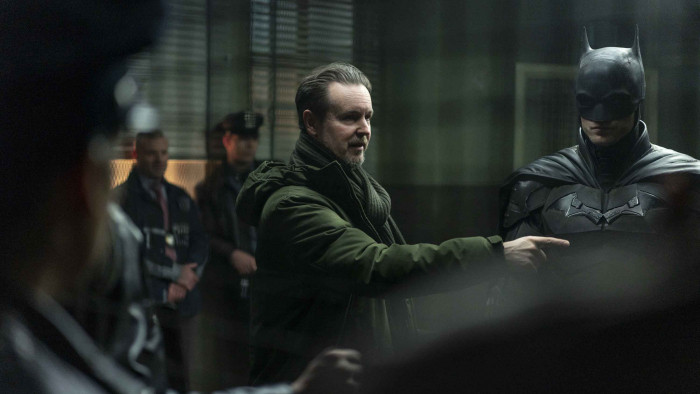 After a near-year delay thanks to the pandemic, The Batman is back. This time Robert Pattinson is wearing the cape and cowl and director Matt Reeves is at the helm.

The Batman is a movie that's standalone - a story that's not connected to the rather messy DCEU - and if you have seen the trailers, you know this is a film that brings the Bat back to his detective roots, hunting The Riddler and coming to terms with what it means to be a superhero in a broken city like Gotham.

To understand more about the movie, we sat down with director Matt Reeves who explained his inspiration for his version of the Batman myth, how Paul Dano made The Riddler scarier than even he could imagine and surprising everyone with an unrecognisable Colin Farrell as The Penguin...

While this interview is spoiler free, if you want to go into The Batman completely fresh, read with caution.

ShortList: Tell us about your initial inspiration for your Batman story.

Matt Reeves: When I first met with the studio I only had an inkling, which was that I wanted to make sure that while we weren't doing an origin tale that we were doing a tale where Batman had an arc to go through. I didn't want to do a story where the rogues gallery character was the one who took over the story. I wanted him to be a part of the story, but I wanted Batman to be the centre and I wanted it to be very point of view driven and Hitchcockian and emotional.

I knew that The Batman was going to somehow, while not showing his origins, refer to his origins in a way to make sure that this story was very personal. But then when I did my deep dive in the comics, I think it was probably The Long Halloween that had me set on a serial killer story. This allowed us to kind of get into the 'world's greatest detective mode', which I felt was one of the keys of making the movie different from anything that had been done before.

I knew that that was one aspect from the comics that had been in so many of the comics going all the way back to Bob Kane and Bill Finger, but had not been done in the way that I thought could be the major thrust of the movie.

There's always been little nods to ‘oh, that's a little detective thing’. But this was the idea to do a detective movie, in addition to doing, of course, a Batman movie. Both of those things were very early on.

SL: The Riddler in The Batman is terrifying - how did you land on your version of the character?

MR: I saw The Riddler as a horror-type character and serial killer character, which is very unsettling. I read about serial killers. I read that book Mind Hunter and I was inspired. Again, the first thinking was of the serial killings that The Calendar Man does in The Long Halloween and then trying to think what would that be in real life?

And that made me think of the Zodiac Killer who left cyphers for the police to try and solve and send secret messages to the San Francisco Chronicle. I thought, 'oh, cyphers and puzzles sounds like the Riddler. Wow, that could be the scariest version of the Riddler that we'd ever seen'.

That was almost one of the first ideas for the movie. Actually, that's where the plot came from - the idea of a serial killer version of the Riddler.

The other thing is that I started writing the script for Paul [Dano]. He's such an amazing actor, and it turned out he wanted to do it, which was great. He's very inventive. He loved the idea of doing mask work and spending so much of the movie behind that mask and using a voice changer and all the things that were part of what was supposed to be done on the script.

But then he would also do things that I found horrifying. He said to me that '[The Riddler] seems to be really meticulous. I don't think he'd want to get any hair fibres or anything on the crime scenes. So I have this idea that he wraps himself in cling wrap'. And I was like, ‘what?’ And he goes 'yeah, I thought maybe maybe I could do that. So would you mind if I show you that?' And I was like, ‘Yeah, sure’. So one day we did this thing where he came in and he wrapped his head in cling wrap. And I was like, ‘oh my god that is so unsettling. It's so horrible’.

That was totally from Paul. So The Riddler is a mixture of both my original conception and then Paul who absolutely brought his terrifying side to the character for sure.

SL: You’ve also got Colin Farrell as The Penguin, who's fantastic but unrecognisable. Did you have Farrell there in your head for the role at the beginning?

MR: I never imagined that we would transform him as much as we did. I had certain references. I thought of John Cazale in The Godfather and how he was looked down on and was a mid-level guy. I also thought of Bob Hoskins in The Long Good Friday, that idea of a gangster, and the Warner Brothers version of gangsters.

Then I thought about the Telltale [video game] version of the Penguin who kind of looks calm. There was a point where I thought, 'well, maybe this is what we're doing'.

The thing is, Colin is so handsome. And I wanted to make sure The Penguin is a guy who has been underestimated his whole life and kind of looked down on and sort of made fun of and while we know he's the kingpin, the rest of the world doesn't yet. I wanted to make sure that we messed up his appearance in some particular way that was defining.

I thought we might give him a Penguin nose or something like that. And then when I met him, he was doing another movie and had put on a lot of weight. And I was like, ‘wow, you know if you could maintain that weight, and then we could do something with your nose. I think we could do something really, really special and signature here’. Colin said yes initially but then he said, ‘You know what? Holding this weight is going to be unhealthy'. He was not feeling well, after having done that.

So, Mike Marino who was going to do the prosthetics said, 'well, look, these are the elements that we're looking at'. And I talked to him about the character. He read the script, and then Mike did the sculpture, and the sculpture is basically the way you see Colin in the movie.

Initially I was like, ‘look, what I don't want to do is some movie where Colin is going to have to act through the makeup and I can't really get Colin’s essence'. But he showed me that it is all based on Colin’s live cast. So the parts of Colin were still expressive. His eyes, his mouth, the things that you can really read emotion from, he said, those will not be interfered with.

I said, ‘you're promising me he'll show up and this will be as exactly as I see it?’ and he was true to his word. He showed up on the set and everyone was like, ‘who is this guy?’ It was crazy.

I got to know Colin, honestly, more as Oz because of how long it took to do the makeup. I wouldn't see him beforehand. So I knew him from rehearsal and from when we talked before he came on to the movie. But then when we were actually doing the movie I only ever saw him look like that.

The last day was really sad because I said to him that I'm not gonna see you looking like this the next time I see you and I'm gonna miss this guy. It was pretty weird.

SL: During post-production you showed off some pictures of you in the edit suite - what was your thinking behind this?

MR: You mean the picture of my messy desk? [Laughs] You know, it's funny, I guess I just wanted to let people know that we were in there. We kind of disappeared for a while and so I gave everyone a glimpse into my messy room and that it was kind of a chaotic situation.

Wow, I have been away so long...! Just popping my head out of the editing room for a moment to say #HappyBatmanDay ! Can’t wait to share a lot more with you all four weeks from today at #DCFanDome ! (Sorry about the messy desk #LongHours) #TheBatman@TheBatmanpic.twitter.com/ye0u1xQo65
— Matt Reeves (@mattreevesLA) September 18, 2021

It was a crazy time. As it has been for everyone. You and I right now, we're still talking remotely. But I was working in a room that was separate from my editors. And we were editing over zoom and it was a wild process. I knew that there were people out there having a similar experience that I kind of wanted to reach out to them.

The Batman in cinemas 4th March, courtesy of Warner Bros.

More The Batman Exclusive interviews below!