Details revealed about the big plans Netflix has for the show. 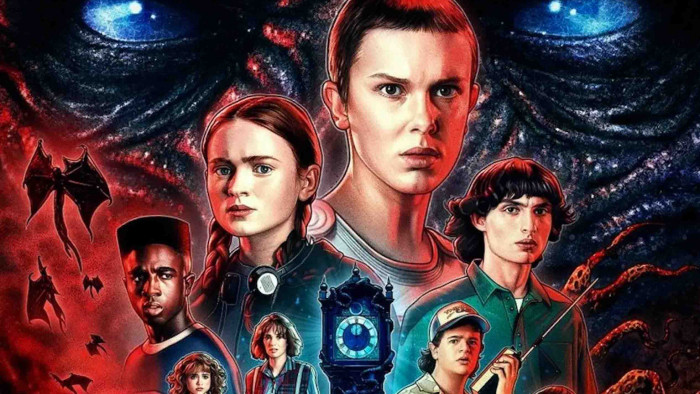 Stranger Things is set to conclude after season 5, but Netflix has big plans for the franchise that stretches way beyond the current series.

This is according to creator Shawn Levy who was speaking recently about how Stranger Things is set to grow beyond the characters we all know and love, taking inspiration from what Marvel has been doing

"We are building out the STCU [Stranger Things Cinematic Universe], and now that I’m spending time with [Marvel's] Kevin Feige, I’m learning a lot about how to manage a universe," he said at the Emmy's red carpet event to Variety.

"So I’m taking those skills and applying them to the STCU.”

Levy is currently speaking to Marvel because he has been lined up to direct the third instalment of Deadpool. The film will mark an unofficial trilogy of movies he has made with Ryan Reynolds. The previous two being Free Guy (for Disney) and The Adam Project (for Netflix).

Jokingly (we think), Levy also mentioned that he had been speaking to Reynolds about Deadpool and whether or not the character could make an appearance in Stranger Things.

“Funnily enough, Ryan [Reynolds] and I were trying to figure out how in the world could we do a ‘Deadpool’-‘Stranger Things’ crossover. We haven’t cracked it yet, but it’s on the table.”

While it's very unlikely that we will see this happen, threads of a Stranger Things Cinematic Universe have already started to appear.

When the Duffer Brothers first revealed that Stranger Things was ending after season 5, they noted in their statement that elements of the show would continue on, explaining: "There are still many more exciting stories to tell within the world of Stranger Things; new mysteries, new adventures, new unexpected heroes."

As for the spin-off, the Duffer Brothers won't be directly involved, they are currently looking for a new show runner, but the pair did note that we should see something wholly original: “I’ve read these rumors that there’s going be an Eleven spinoff, that there’s going be a Steve and Dustin spinoff or that it’s another number.

“That’s not interesting to me because we’ve done all that. We’ve spent I don’t know how many hours exploring all of that. So it’s very different.”

With Levy revealing that there is going to be some sort of cinematic universe for Stranger Things, though, expect a whole load more stories from Hawkins to arrive on Netflix.

Personally, we are hoping for some sort of show in the guise of Eerie Indiana where these is a strange new adventure every week.