Bringing you one step closer to your favourite Star Wars characters 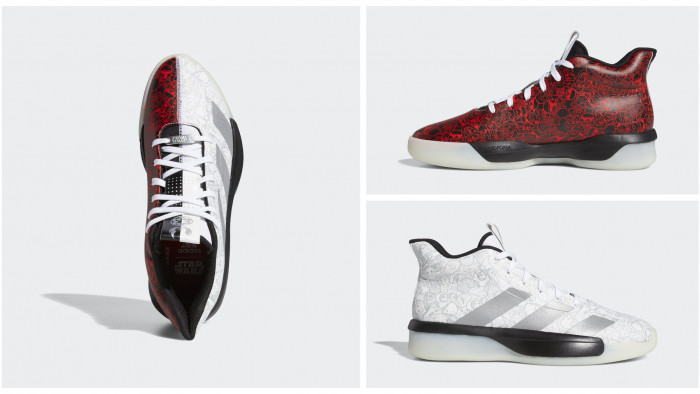 With Star Wars: The Rise of Skywalker less than two months away, it seems a new piece of merchandise is being released almost daily. Today’s product? Basketball shoes, of course.

Adidas is the latest to throw its hat into the Star Wars ring, as leaked photos suggest they’re set to bring out a whole collection of themed basketball shoes.

What to expect? So far we’ve seen R2-D2 and Stormtrooper versions of the Nite Jogger, and the Pro Next 2019-style with ‘Light Side’ and ‘Dark Side’ graphics on each side of the shoe.

If none of these take your fancy, then there are also expected to be some more generic Star Wars designs in colours including purple, blue and green.

This is in addition to the Star Wars-themed Ultra Boosts that were announced last month, which included a heel tag that read ‘The Force Will Be With You Always’ and a number of spaceship graphics.

This is not the first Adidas has created a Star Wars range, as it previous brought out a football kit featuring graphics from the films.

There’s no news yet on how much any of these shoes will cost or where they’ll be available, but the collection is set to be launched on 1 November so we don’t have long to wait to find out.