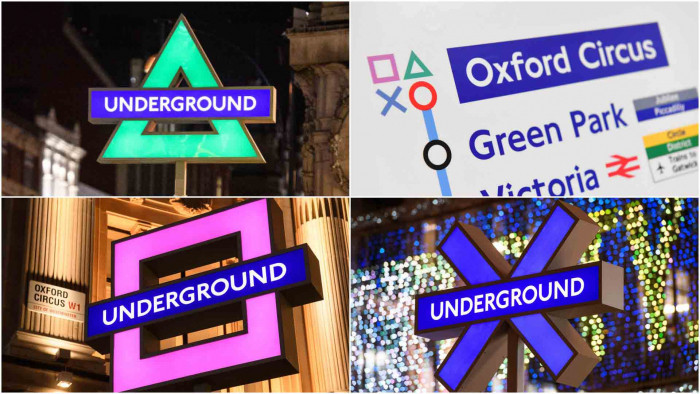 The Sony PS5 official launch in the UK is November 19 and to celebrate the fact the console is coming, Sony has transformed Oxford Circus and other parts of the London Underground into something of a PlayStation party.

In a genius move, it has worked with TFL and changed the famous Oxford Circus Underground sign and other signs into the iconic Sony controller buttons.

The stunt has echoes of Sony turning the OXO Tower in London, another big landmark, into a PlayStation ad for the launch of the PS4.

Speaking about the PS5 makeover, Warwick Light, Vice President at PlayStation UK said, “The launch of the PlayStation 5 marks another defining moment in the history of the brand. We wanted to make the UK launch an unmissable event and celebrate it in a playful way with our fans by bringing together a British icon, the London Underground sign, with the iconic PlayStation shapes.

"Similarly, we’re thrilled to be able to bring some of our most loved franchises to stations across London and truly celebrate the latest additions to these fan favourites.”

The Sony PS5 is out in the UK November 19 (the PS5 takeovers will be in London 18-19 November) and we are busy reviewing it for the big launch day. In the meantime head to our 'best PS5 games revealed' guide for the games that are heading to the console.