...but you can’t see the results, yet 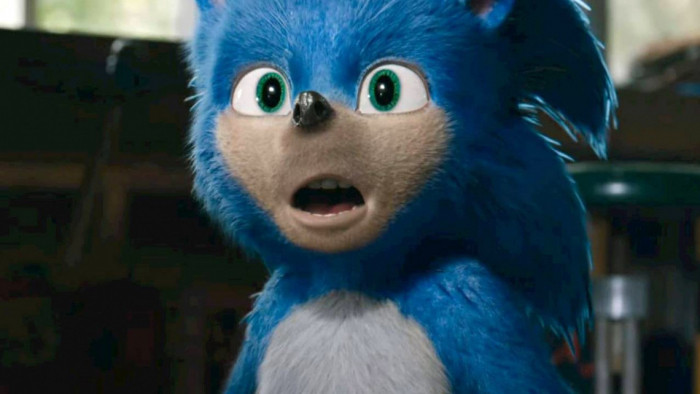 Seventy-two days ago, the Sonic the Hedgehog trailer was unleashed upon the world. It had us rooting for Robotnik. We weren't alone, and two days later Paramount announced that Sonic would be undergoing some serious cosmetic surgery to fix the whole ‘animated roadkill’ vibe he had in the original trailer.

We don’t know what new Sonic looks like yet, as Paramount isn’t ready to remove the virtual bandages in a dramatic way. But we do know that the film’s producer, Tim Miller, thinks that the artists have done a good job in making Sonic great again. “I think the fans will be pleased, he told Variety.

Hopefully that will mean the beady eyes and weird, creepy human teeth will be replaced with something that looks less like a weird carnival knock off and more like the star of one of the best retro games of all time.

“Look, I was with fans and so was Jeff,” Miller said, referring to director Jeff Fowler. “When the s–t hit the fan, I went over there and said, “The most important thing to do, man, is say, ‘I f–ked up,’” he continued. The censorship is Variety’s, by the way, leaving us to wildly speculate as to what those missing letters could possibly be. Who knows?

Anyway, it turned out that Fowler was already making amends with fans. “He’d already sent a tweet out an hour before I got there. He’s a good man. It was exactly the right way to handle that. The fans have a voice in this too. There’s a right way to listen.”

The bad news – or good if you believe the trailer needed more fixes than just the art style – is that redrawing a hedgehog has pushed the film back from November 2019 to February 14 2020.

So just the seven months to wait then… unless, of course, a new trailer follows and fans have more revisions for the animators.