Sonic the Hedgehog trailer will have you rooting for Robotnik

Sonic's back from the 90s 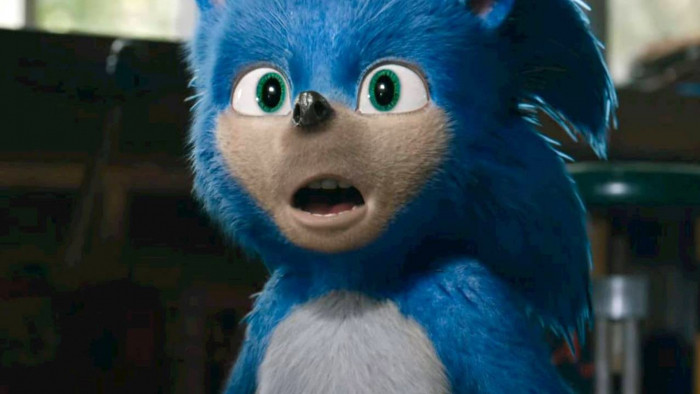 Good news for the creative team behind Mr Popper’s Penguins. The film soon won’t be Jim Carrey's most regrettable acting choice. The new champion is Sonic the Hedgehog, an upcoming movie in which a ratty-looking knock-off toy has inexplicably been cast in the role of Sega’s blue hero.

Jim Carrey himself gets to play Dr. Robotnik – or Eggman if you’re in Japan. Robotnik is typically a baddie in the Sonic franchise, but in this case we have an awful lot of sympathy for his goal of destroying one super annoying hedgehog. Not that it looks like it’ll be a vintage Carrey performance or anything, you just sometimes have to pick the lesser of two evils.

Just watch for yourself. A small warning in advance: ShortList won’t be able to return the two minutes and 47 seconds of your life you’ll waste watching.

A lot has been written about just how weird Sonic looks. It’s hard to believe that someone drew Sega’s iconic mascot with long biped legs and the full set of human teeth and felt that this was good enough. Maybe they’d only read about Sonic in books? It’s even more weird that Sega cares so little about its IP that it would sign this off. In any case, the internet has already done a decent job of fixing things:

and I daresay it actually looks kinda cute? pic.twitter.com/7wdBZhPMlv
— rep

Are there any redeeming features to the trailer? Well, the video had sound and it didn’t crash our computer, which means it’s meeting the bare minimum of a cinematic teaser. That’s a plus. Also, we were saved from seeing whatever animated roadkill Paramount Pictures had considered rescuing from a skip for the part of Tails. Oh, and it’s not here until November, so we have six months until we have to think about it again.

Bigger picture: it might make Sega enough money to make a Dreamcast Mini. We can forgive an awful lot of sins for another shot at ChuChu Rocket: even having childhood memories butchered by a dreadful-looking cash in.