WIN! A year's worth of beer, courtesy of Siren Craft Brew

You don't want to miss this fantastic competition. 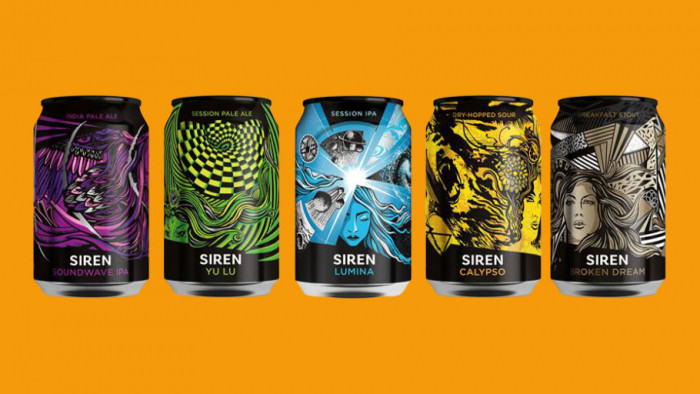 Modern-day brewery Siren Craft Brew is in a celebratory mood right now, and for good reason: the Berkshire-based brewer has just taken the wrappers off of its latest flagship beer.

Called Lumina, it is - according to Siren - the "shining light" in its line-up, "glowing with juicy tropical fruit notes". We've had a taste and we have to agree that it's a really refreshing ale that's got a great mouthy feel.

It's a drink that joins what is a stellar beer line-up. It sits alongside a number of IPAs Siren makes, including Sound Wave IPA, Futurist (an IPA that is in our best gluten-free beers list) and its West Coast IPA Neo Normal.

A fantastic selection of beers, then. If you are champing at the bit to try some of them, then you are in luck. We are giving one lucky reader the chance to win a year's supply of beer from Siren Craft Brew.

That's right: a year's worth of beer is up for grabs from the brewery - a crate a month for you to share with your friends or drink responsibly yourself.

In that crate will be, of course, the fantastic new Lumina IPA, a beer which has been made with premium Maris Otter barley and a number of fantastic hops that give it a lovely aroma of mango and pineapple. Lumina is also vegan Friendly and gluten Free.

For a chance to win a year's worth of beer - and all the terms and conditions - head over to Siren Craft Brew's official site.