Sex Education 2 is back and as filthy as ever

Things are looking awkward this time around 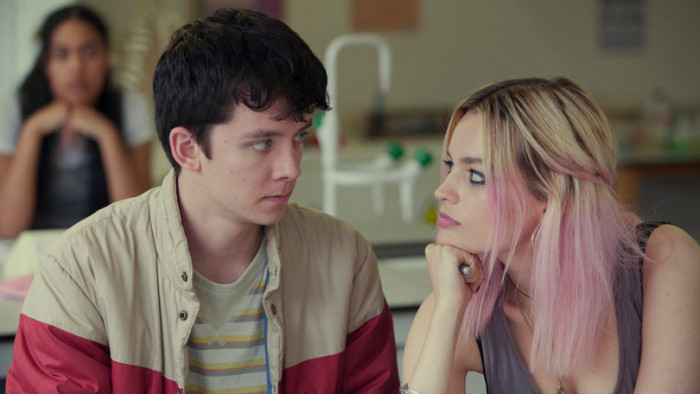 Named one of the most streamed series on Netflix last year, Sex Education is the story of Otis Milburn, a young and sometimes pretty socially inept teenager and his group of friends. To make matters worse, his mother – played by an always impressive Gillian Anderson – is a sex therapist. Talk about growing pains.

And it looks like that awkwardness is going to continue in season two, with Otis cringing into his seat as his mother talks about sex during his school assembly.

He also has some interpersonal issues to iron out – his friendship with best friend Maeve, and relationship with girlfriend Ola, are both under some stress, with Maeve's ex boyfriend convinced that she's in love with Otis.

Eric, Otis' best friend, also seems to have developed a new love interest – a hunky new student from France. But how will Adam, who finally professed his love for Eric after a year of bullying, react?

And to make matters worse? Everybody's got chlamydia.

The show has been lauded for its frank and open discussion of sexuality, mental health and the messiness of teen relationships – and it looks like that tradition is going to continue.

And if that doesn't float your boat, why not check out our pick of the best Netflix TV shows.