Sega reveals all about that Sonic movie makeover but will it please fans?

Who knew a hedgehog could cause so much controversy? 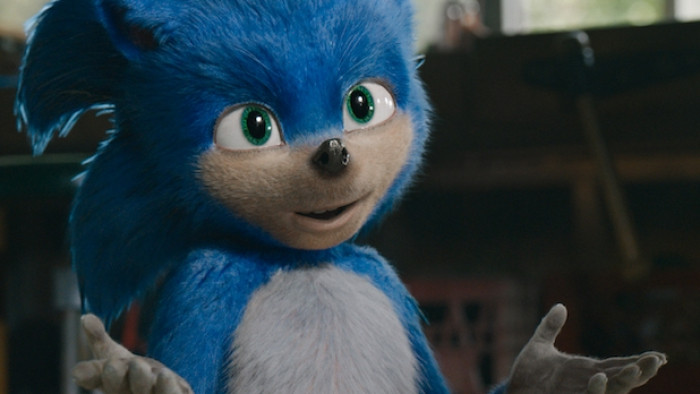 Sonic is back - but he’s set to have a bit of a makeover first. No, this isn’t some strange crossover that sees Sonic The Hedgehog featuring in the latest season of Queer Eye. Rather, it’s the latest move by Paramount in response to a backlash from fans over the character’s new CGI appearance - and Sega has finally broken its silence on the matter.

The first trailer, released earlier this year, received a flurry of negative criticism over the hedgehog's oversized teeth (that many said looked far too human for comfort), small beady eyes and slender appearance.

Fans quickly took to Twitter to voice their concerns, showcasing their own new and improved Sonic creations, alongside side-by-side comparisons of Paramount’s proposed design and the character’s older Disney counterpart.

So strong was the response in fact, director Jeff Fowler was forced to take to the platform to announce a redesign, pushing back the film’s scheduled US release which was originally set for the end of this year.

“Thank you for the support. And the criticism,” Fowler responded on Twitter. “The message is loud and clear... you aren't happy with the design & you want changes. It's going to happen. Everyone at Paramount & Sega are fully committed to making this character the BEST he can be... #sonicmovie #gottafixfast”

Thank you for the support. And the criticism. The message is loud and clear... you aren't happy with the design & you want changes. It's going to happen. Everyone at Paramount & Sega are fully committed to making this character the BEST he can be... #sonicmovie#gottafixfast

And now Sega has finally spoken out about the delay, with Sega Europe COO and president, Gary Dale, airing his views on the filmmaker's decision to Gamesindustry.

However, it seems not everyone agrees with Paramount’s decision to take public consensus on board.

“I don’t know quite how I feel about the audience being in on the creation of it, while it’s happening,” noted Jim Carrey, who plays Sonic’s nemesis Dr Robotnik in the remake, at the Television Critics Association press tour. “We’ll have to see what that entails. Sometimes you find that the collective consciousness decides it wants something and then when it gets it, it goes, “OK, I don’t want it.”

As for when Paramount’s revamped Sonic will make an appearance? Only time will tell. But for now, you can watch the full trailer below: