Scream 5: Neve Campbell is officially back as Sydney Prescott

The old gang is getting back together for Scream revival. 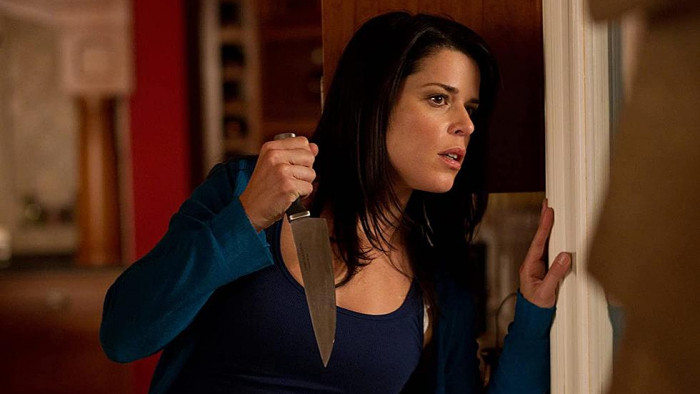 The Scream revival has managed to convince Neve Campbell to reprise her iconic role of Sydney Prescott, the main protagonist who has battled Ghostface over the last 25 years, over four movies.

She joins a lot of the old cast who have already signed up - including David Arquette who returns as Dewey Riley and Courteney Cox as Gale Weathers. New cast members include: Jack Quaid (who is brilliant in The Boys), Melissa Barrera and Jenna Ortega.

Now, if you are a little worried that Scream won't work without the late horror maestro Wes Craven, those behind it should calm you a little. It's being made by the horror collective Radio Silence. Matt Bettinelli-Olpin and Tyler Gillett are on directing duties and they did a superb job on the recent Ready Or Not and the rather gruesome V/H/S.

Although we don't know much about which direction they are looking to take with the movie, original writer Kevin Williamson is executive producing and it seems their love for Wes Craven is what convinced Neve and the rest of the cast to sign on.

"After spending time speaking with Radio Silence, they have shown such love, respect and admiration for Wes Craven and all that he’s created in the ‘Scream’ franchise. I am beyond excited to step back into the role of Sidney Prescott and return to Woodsboro,” said Campbell about the news.

Radio Silence reckons having the character back will mean their Scream is actually Scream, noting: “We’re pinching ourselves! It’s hard to express how much the character Sidney Prescott shaped our love of movies and to have the chance to work with Neve is truly a dream come true. It just wouldn’t be a ‘Scream’ movie without Neve and we’re so excited and honored to join her in Woodsboro."

Scream 5 (or what ever it will be called) is set for January 2022 release date. If you are a fan of Ghostface, then give him a vote in our best horror movie villains guide.