There are, broadly speaking, two kinds of horror movie. In some the element of dread is instilled by circumstance, with a pervading sense of fear following the viewer so closely it doesn’t leave until long after you leave the cinema.

UPDATE:The remake of Candyman is looking like it will be up there with the original, what with Jordan Peele on board as producer and screenwriter, Yahya Abdul-Mateen II in as the titular monster and Nia DaCosta directing. But we are going to have to wait a little longer to see the movie. It was meant to be out this September but now it won't be in cinemas, for obvious reasons, until August 2021.

On the other hand, you have the more conventional, and perhaps more popcorny, option: the horror villain. These are characters who far outlast their original outing, not just in terms of sequels but in earning themselves a place in wider society that transcends their on-screen presence.

Characters like those listed below, whose place within the horror canon represents only a tiny fraction of their wider influence, from Halloween costumes to nightmares and everything in between.

Upvote the one you think provides the best nightmare fuel. 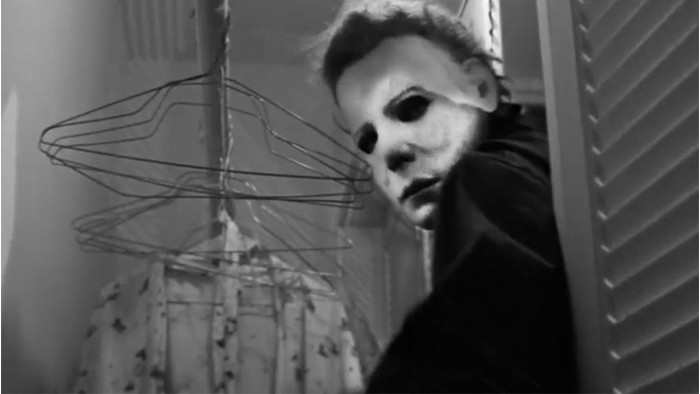 The ‘murderous child’ trope begins and ends with Halloween’s Michael Myers, and carries an internal logic: anyone prepared to murder at the age of just six probably carries an air of evil that can’t be conquered by any sensible means.

The sense of dread inspired by the character has been enough to sustain close to a dozen films, with more in the pipeline, because there’s nothing scarier than the unstoppable rise of franchising. 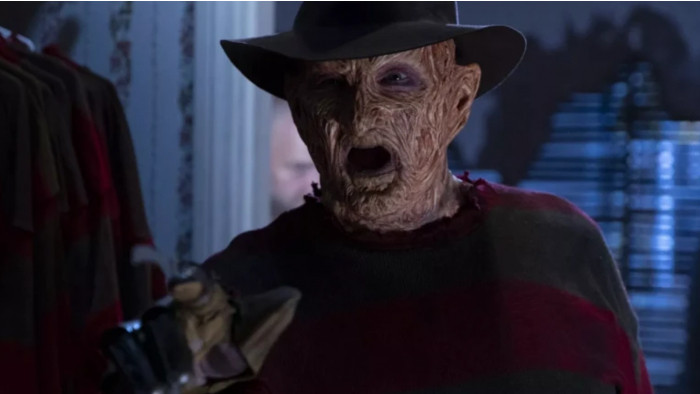 Plenty of classic horror villains carry elements of disfigurement, weaponry and inescapability, but A Nightmare on Elm Street villain Freddy has all three at once. To stop and think about the sheer horror of victims being killed in their dreams will only make things worse, and that’s before you get onto the clawed glove and a face disfigured enough to look just the right amount of almost-but-not-quite human. The scariest bit, though? He wears a fedora indoors. 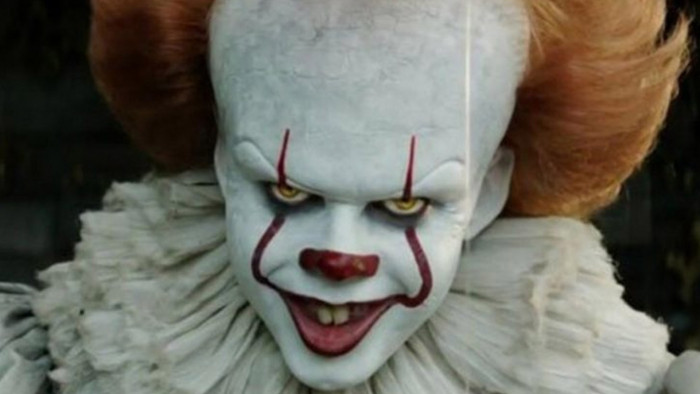 Look, we don’t know exactly why clowns are so scary, and frankly we don’t want to. Sometimes it’s better to not ask questions, lest we find answers that require us to delve too deeply into ourselves and find something else we weren’t ready for.

All we know is (a) they’re scary as hell and (b) even within that web of terror, Pennywise is another level of terrifying. Tim Curry made the character an on-screen icon in the 1990 made-for-TV original, but Bill Skarsgard's recent revisit is arguably even creepier. 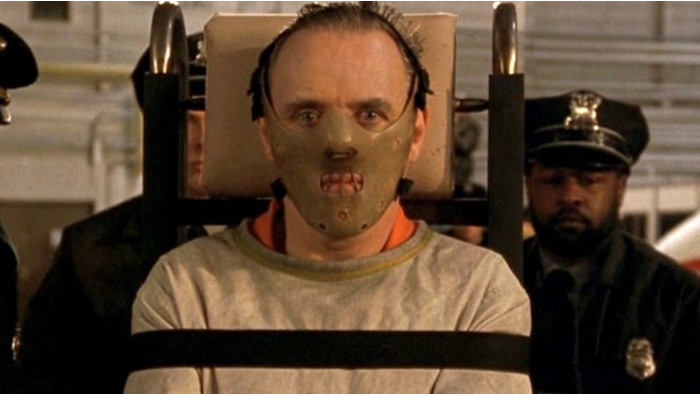 You wouldn’t expect ‘quotability’ to factor so highly into a horror villain’s oeuvre, but Lecter is different to any of his peers. The cannibal (yeah, sorry, spoilers, but you probably should have already figured that one out) is notable for how erudite he is, ensuring horror viewers would never again be able to expect villains to be a certain ‘type’. While many have portrayed Lecter, we’re obviously talking about the Anthony Hopkins The Silence of the Lambs version here. 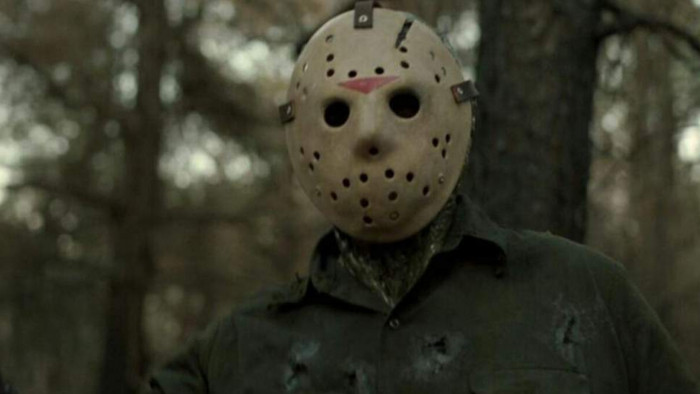 Few horror villains have a look as iconic and yet malleable as Jason, whose core component of a hockey mask over the face has acted as the constant of his evolving appearance in the Friday the 13th movies.

While some horror films benefit from the range and dialogue of their villains, it is the opposite with Jason. And yet, by barely speaking throughout the series of films, he imbues a depth and presence which might otherwise be impossible 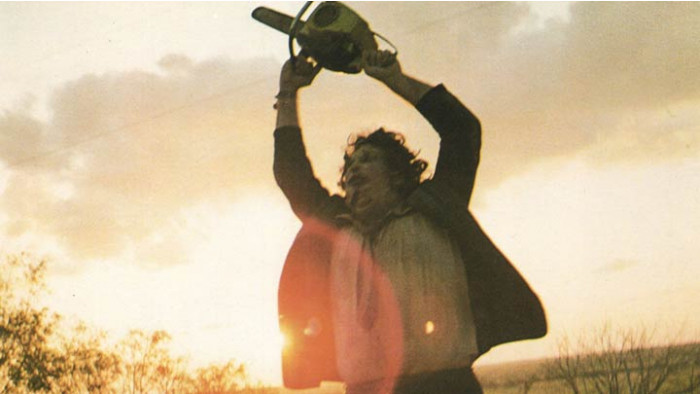 Childlike in his ways, animal-like in the way he just wants to kill, Leatherface is one of the most iconic and scariest villains of all time. He screams and grunts but doesn't talk - and we see the family that made him into what he is. The original movie is a sun-bleached masterpiece - you can almost smell the rotting flesh on the screen. Chilling stuff 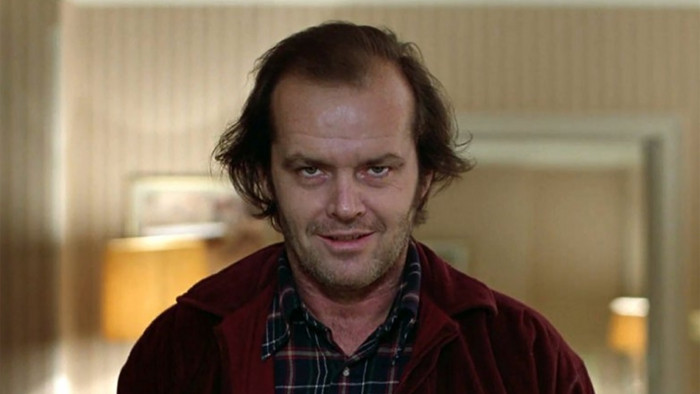 Great horror characters need to either begin as monsters or morph into them from a position of calm, in order to have the desired impact. While many others on this list can be classed as the former, Torrance – played by Jack Nicholson in The Shining – is more of a slow burn.

Nicholson’s performance is what makes this, but it’s fair to say the character carries all the terrifying essentials of both the genre and Stephen King’s little corner of it. 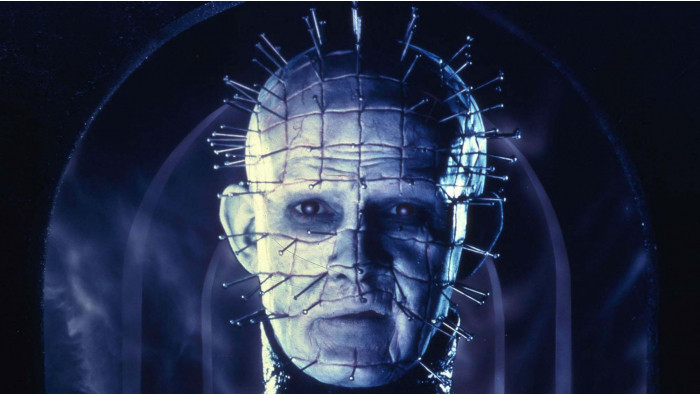 The kinkiest horror villain on this list. Pinhead is a ridiculous creation but one that still sends chills down our spine. Found in the Hellraiser franchise (which has spawned 10 movies and a TV show is now in the works), Pinhead is a Cenobite that was once human but now, thanks to a puzzle box, is on the lookout for human souls to harvest for sadistic experiments. Doug Bradley was fantastic as Pinhead, bringing gravitas to the spiky character. 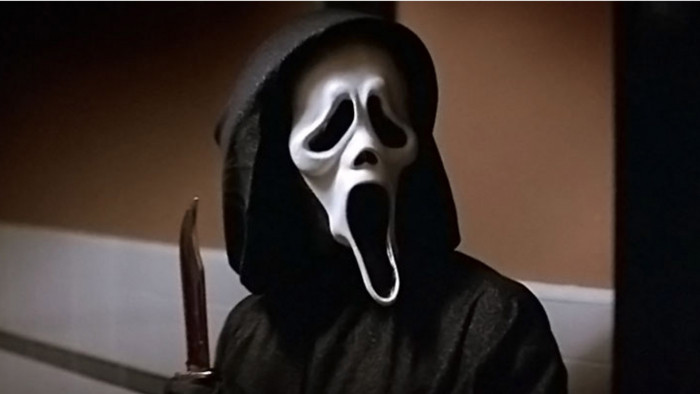 The Scream antagonist helped demonstrate there is no one-size-fits-all approach to horror villains. What could have been dismissed as a tacky Halloween mask ended up morphing into an iconic look of 90s horror.

Not only that, Scream – and its central, instantly recognisable antagonist – was credited with helping bring in a new wave of horror movies in the late 90s and into the 21st century. Even if you haven’t seen Scream, you’ll recognise Ghostface, and that’s to be recognised. 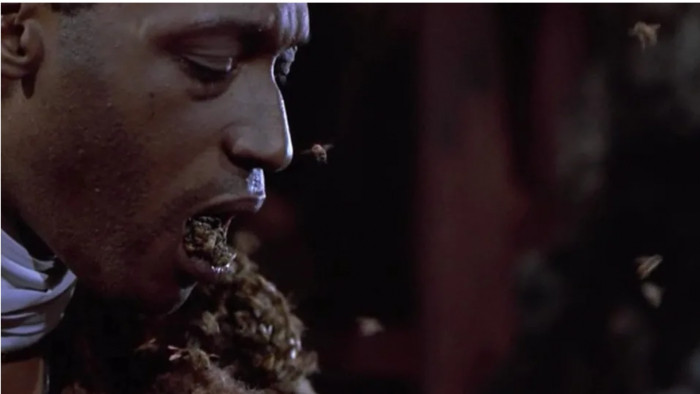 There’s nothing like a good old fashioned urban legend to bring an element of terror into your life. Candyman speaks to the ongoing battle between logic and superstition, but unlike fellow exponents such as Jumanji it does so without the restrictions of a PG environment.

Cue a lot more death, a lot more peril, and, of course, a lot of bees. When this is all mixed in with uncertainty over what’s real, the power of the villainy only multiplies. 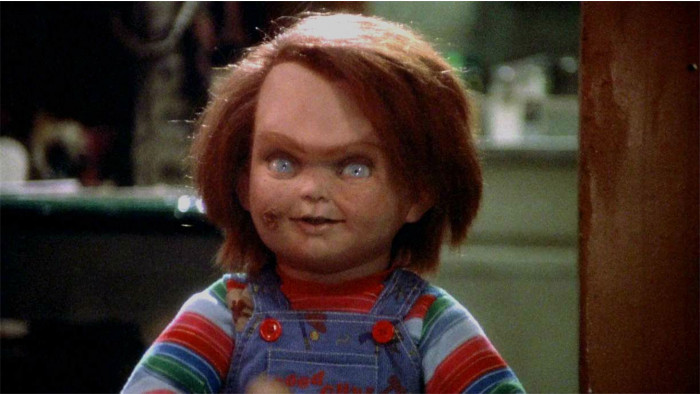 We don’t think dolls always used to be evil, but ever since watching Child’s Play we’ve known never to trust even the most harmless-looking children’s toys. Of course, for those born after the film’s release in 1988, it can feel like a chicken and egg situation: are dolls inherently evil due to Chucky (or, latterly, Annabelle) or were they always evil, with the Brad Dourif-voiced character simply bringing that truth into greater focus? 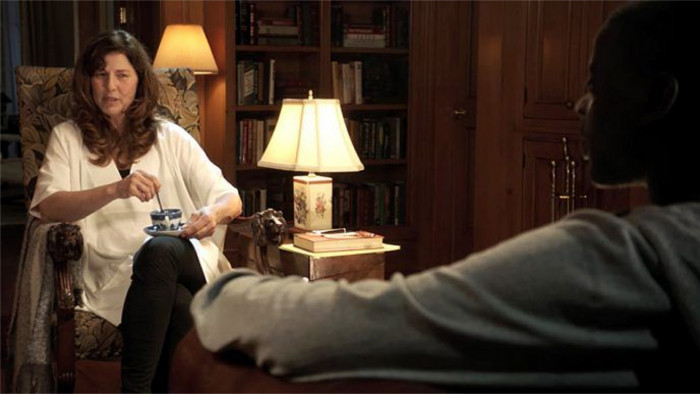 A recent addition to the horror villain playbook, sure, but Missy is the most claustrophobia-inducing of the myriad antagonists in Get Out.

Director Jordan Peele ensures an all-encompassing, thematic terror to his film, and yet Catherine Keener’s character absorbs the horror movie persona so subtly you barely even realise until the damage has broadly been done. If that isn’t the perfect horror villain for a post-2016 world, we don’t know what is.