It seems the Peloton Wife has swapped the bike for cocktails 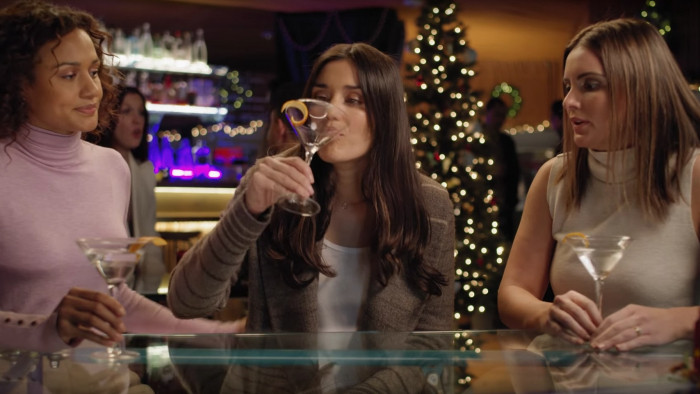 Remember that Peloton Christmas advert that could have easily been mistaken for an episode of Black Mirror? Well, the Peloton Wife - aka ‘Grace from Boston’ - has now found a new home sipping cocktails.

The Peloton ‘The gift that gives back’ advert, released a few weeks ago, saw a husband buying his wife an exercise bike for Christmas, with the following montage showing her filming videos of her progress.

In a weird twist, the wife then packages up the videos to give her husband as a gift the following year to show how much she loved the bike (because a simple thank you is not enough).

However, Ryan Reynolds clearly couldn’t let the opportunity pass by because he’s now released an advert for his gin brand Aviation Gin called ‘The gift that doesn’t give back’.

Featuring The Peloton Wife (actress Monica Ruiz), the ad starts with her staring dazed down the camera before panning out to show her drinking martinis with two friends.

Ruiz's character toasts to 'new beginnings' before downing her drink and being told by her friend "you're safe here".

Naturally, social media has already been buzzing with ideas about what has happened to her since, with many suggesting the celebrations are due to her finally leaving the Peloton husband and her crazed bike riding days behind her.

And, in case there was any doubt that the ads were linked, the Deadpool actor shared the gin advert on Twitter writing: “Exercise bike not included #AviationGin.”