No one told us life was gonna be this way 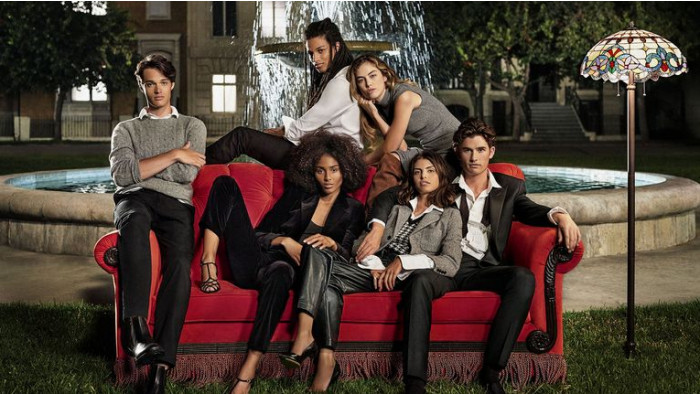 When you think of Friends, chances are questionable ‘90s wardrobe choices are one of the first things to spring to mind. So, when word began to spread that a Friends-inspired fashion range was hitting shelves to celebrate the show’s 25th anniversary, we’re ashamed to say that Ross and those infamous leather pants were the first potential spin-off to actually seem feasible.

Turns out Warner Brothers have opted for a more sensible approach, joining forces with Ralph Lauren to create the ultimate clothing range inspired by the show’s most fashion-forward character: Jennifer Anniston’s Rachel Green.

Yup, those leather trousers can be put back in the wardrobe (for now).

It’s a collaboration that makes total sense, given that Rachel was once employed by Ralph Lauren as a publicist, after what can only be described as one of the most disastrous job interviews of all time. After undertaking the interview three times, ‘The One with Rachel’s Inadvertent Kiss’ culminated in Rachel Green kissing her interviewer.

Whatever works for you.

"Now, I know I already said courage, but y’know you gotta have courage. And umm, and finally when I thought you were making sexual advances in the workplace, I said no and I was not litigious.”

The link with the brand lasted several seasons, culminating in the American designer making a surprise cameo appearance in Season 6, when he was spotted riding the lift alongside Green.

Spanning both the Polo Ralph Lauren and Lauren Ralph Lauren ranges, the move means that many pieces within the collection are surprisingly affordable, with prices starting at £120 - meaning a second job Central Perk is not required.

You can shop the collection on the Ralph Lauren website now, but on a rather fitting note, it will also be available to purchase in Bloomingdale’s (another company Green once worked for).