The kicks pay homage to key moments in the club's history 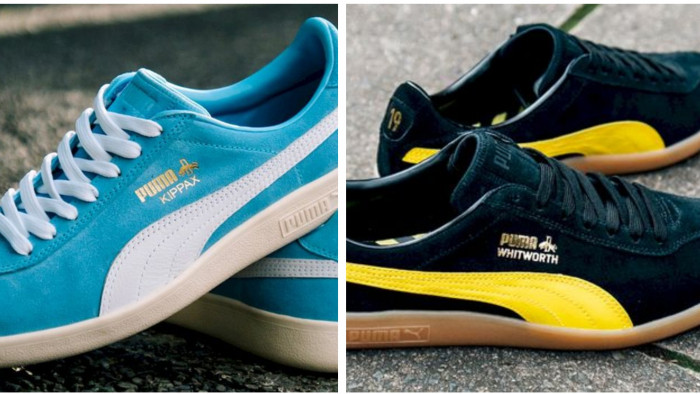 Nothing says ‘we’ve been around 125 years’ quite like a brand new pair of kicks - which is precisely why Northern footballing powerhouse Manchester City have joined forces with PUMA to create a special anniversary trainer collection.

Set to launch on Friday October 25, the collection will feature two classic trainers - the Kippax and the Whitworth.

The Kippax, boasting Man City’s famous sky blue colours, are nod to the most famous stand at Maine Road - and the club's last remaining standing area before the stadium became all-seated. Featuring a classic contrasting white wave and a distinctive gold side logo, these sneakers are set to fly off the shelves.

Whilst the Whitworth is an equally sharp offering. Named after the street which once housed the Hacienda - the city’s famous nightclub - the kicks come in a black and yellow colour scheme and echo the clubs 2019/2020 away shirt.

The bad news? There will only be 50 pairs of each available, so you better be quick.

Available in adult sizes 6-12, the trainers will cost £100 and there will be a limited availability in each size given the scale of the release.

It’s not the first time the side, which currently sit second in the league, has teamed up with PUMA to produce a limited run of merchandise.

The club has previously released the Ardwick and 93:20 trainers as part of the limited-edition anniversary collection - some of which can still be purchased at the club’s stadium store.

Other items in the anniversary collection include a sponsorless anniversary shirt priced at £50, alongside Manchester City Puma Roma anniversary trainers that come in at a reasonable £80.

Available on October the anniversary range is available from the club’s stadium store.