PlayStation Productions is about to make your favourite games into movies

God of War: The movie, anyone? 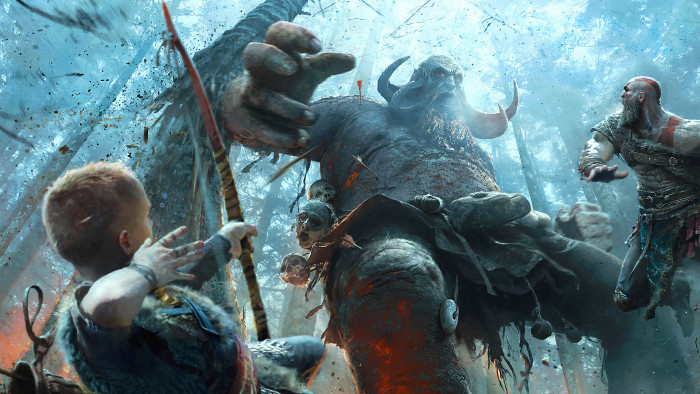 In this digital age, the line between gaming and film-making is getting thinner. You only have to look at the ridiculously high production values and script writing of modern games or the interactive experimentation of Black Mirror: Bandersnatch to see that.

And Sony is set to take that further. PlayStation Productions wants to “give our worlds life in another spectrum.”

Speaking to the Hollywood Reporter, project leader Shawn Layden said, “now is a good time to look at other media opportunities across streaming or film or television”.

"We looked at what Marvel has done in taking the world of comic books and making it into the biggest thing in the film world," he continued. "It would be a lofty goal to say we’re following in their footsteps, but certainly we’re taking inspiration from that."

Related: Our PS4 exclusives shortlist shows you the movies to expect

If you’re worried you’re just going to see shot by shot remakes of your favourite games, have no fear – that’s not the M.O of the studio.

“How do you take 80 hours of gameplay and make it into a movie? The answer is, you don’t,” Layden says. “What you do is you take that ethos you write from there specifically for the film audience. You don’t try to retell the game in a movie."

It’s not the first time a Sony game has been turned into a film – Tomb Raider and Ratchet and Clank were given the cinematic treatment.

But this move could mean far more of your favourite games make it to the big screen – and, we have to say, we’re tentatively excited about it.

Want to brush up on PlayStation’s back catalogue? Check out our pick of the best PS4 games.