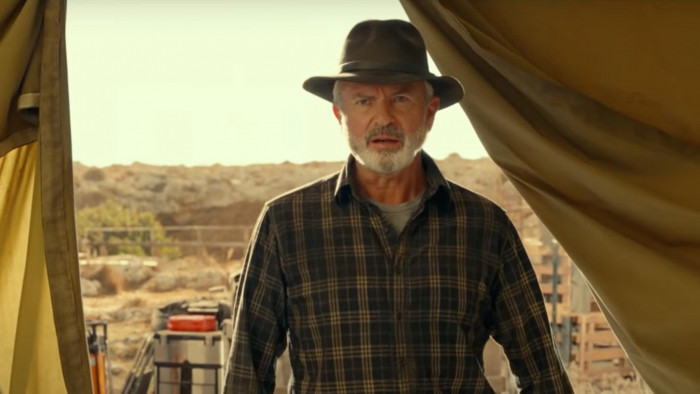 The first official trailer for Jurassic Park: Dominion has landed and its a perfect prehistoric treat.

Dominion marks the end of the Jurassic World trilogy, three films which have piggy backed off the original Jurassic Park movies.

While the first Jurassic World was a fun film - and one that absolutely won the box office over - it didn’t quite have the same charm as the original Jurassic Park. Part of this was to do with Chris Pratt and Bryce Dallas Howard not having the same chemistry as Sam Neil and Laura Dern.

Well, all is forgiven as both Neil and Dern are back,, joining Jeff Goldblum who also starred in the second Jurassic World movie Fallen Kingdom.

The new trailer is exactly what Jurassic Park fans want. We get glimpses of the original trio back together again and it feels a lot more like Steven Spielberg’s movie as a result.

Colin Trevorrow is back in the director’s chair, after taking a backseat for the last film, and the synopsis of the movie is as follows: Set some four years after the events of Jurassic World: Fallen Kingdom, we see a world where dinosaurs and humans are trying to live side by side, after some dinosaurs were auctioned off and some released throughout America.

As you can guess, things aren’t going too well with the integration process.