Obi-Wan Kenobi preview revealed: this is the Star Wars show we need 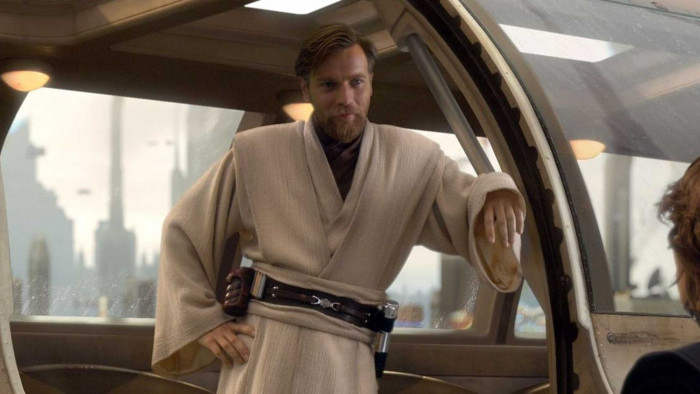 New concept art for the upcoming Obi-Wan Kenobi TV series has been revealed in a first-look preview that's now available to watch on Disney Plus.

In this exclusive first look, the images show off Obi-Wan Kenobi riding what appears to be a similar creature to the thing Luke milked in The Last Jedi (just writing that is weird) and there seems to be a massive lightsaber-clashing stand-off between Kenobi and his old enemy Darth Vader.

We also get to see Vader having a rest on his throne watching what seems to be a hologram. If the show ends up looking any bit like these images then we are in for a treat.

In the preview director Debroah Chow explains about the Obi-Wan Kenobi plot: “We couldn’t tell the story of Obi-Wan Kenobi without addressing Anakin or Vader" and that "It’s not safe, there’s Jedi hunters out there.”

Ewan MacGregor - who is playing the titular character - also pops up, noting: "The most beautiful thing of all is that it's brought me back working with Hayden [Christensen, who is playing Darth Vader]. To have another swing at each other might be quite satisfying for everybody."

He also says that "the fans have been waiting long enough."

The first look at Obi-Wan Kenobi is all part of Disney Plus Day, with a number of new shows and movies now playing on the streaming service. These include Shang-Chi And The Ten Rings, the new Home Alone movie Home Sweet Home Alone and, one for Star Wars fans, a Boba Fett Special.

If you still haven't signed up to the service, then there is a massive 75% off the first month right now - the offer is set to run out soon, though.