You won't want this thing to see you. 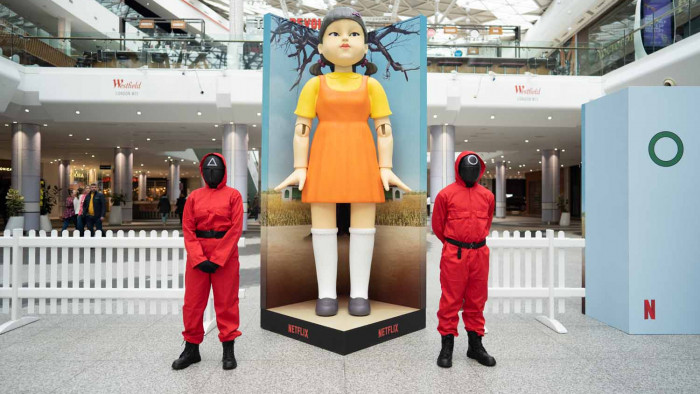 Netflix has made the terrifying decision to recreate the iconic Squid Game doll in real life and it's going to be turning up in a variety of locations.

Squid Game is the most watched Netflix show of all time - and for good reason: it's fantastic and scary in equal measure. The show centres on a deadly game that's played by a group of 456 debt-ridden people, with the promise of a big cash reward for the eventual winner.

Its creator, Hwang Dong-hyuk, has revealed that the show is based on his real-life debt experiences and that, despite it being such a hit, he isn't yet rich off of Netflix.

The doll turns up in the first episode of Squid Game, where a game of Red Light, Green Light is played. Those playing have to run across an area and get to a white line where the scary robot doll is standing. This has to be done in five minutes and without the robot doll spotting them. Those who fail are, well, if you have seen it, you know the rest.

Now the doll has turned up in the UK, with its first appearance in Westfield, Shepherd’s Bush (London) on Halloween and it's set to head to Manchester Trafford Centre and Birmingham Grand Central Station (both UK) on 6 November.

"Fans will be offered the chance to capture photos and videos of the doll in action, and an opportunity to interact with Squid Game costumed guards. Complementary circular cookies, carved with different shapes from the series, will also be available."

It all sounds rather convivial, then, compared to the carnage of the show.

Interestingly, the doll in Squid Game is real and belongs to Jincheon County in Chungcheongbuk-do, South Korea.

In the show, the doll is said to say: “the Hibiscus flower has bloomed” (in Korean) which refers to the national flower of South Korea.

Squid Game is available now to stream on Netflix.