And also reveals the reason he may make Squid Game 2. 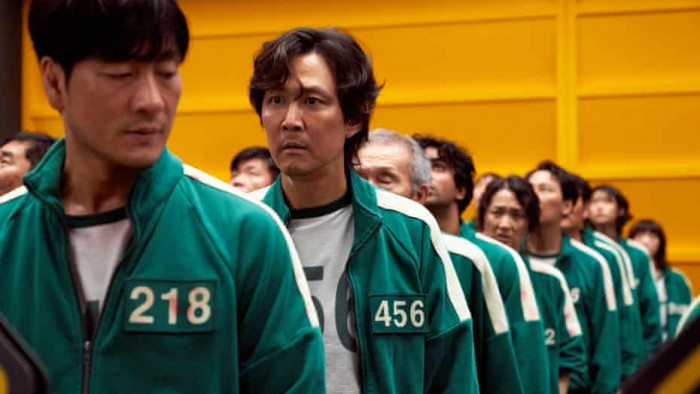 Squid Game is officially the biggest Netflix show of all time. The South Korean satire is a masterpiece in tension, about a group of debt-riddled people who get a a chance of becoming rich - all they have to do is partake in a dangerous set of challenges, all inspired by the games they used to play as children.

As shows go - and this one is definitely in our best Netflix shows list - it's certainly got the shock factor and an ending that will be discussed for a long time to come.

Speaking to The Guardian, Hwang Dong-hyuk revealed his inspiration for the show - something he has been trying to get made for 10 years - noting that the idea came from his own experiences of the 2009 financial crisis in South Korea and his love for dystopian fiction.

“I was very financially straitened because my mother retired from the company she was working for. There was a film I was working on but we failed to get finance. So I couldn’t work for about a year. We had to take out loans – my mother, myself and my grandmother," he tells The Guardian.

“I read Battle Royal and Liar Game and other survival game comics. I related to the people in them, who were desperate for money and success. That was a low point in my life. If there was a survival game like these in reality, I wondered, would I join it to make money for my family? I realised that, since I was a film-maker, I could put my own touch to these kinds of stories so I started on the script.”

As for whether he is now 'rich' because of the show, well popularity doesn't seem to equal riches right away at Netflix, according to Dong-hyuk.

“I’m not that rich,” he says. “But I do have enough. I have enough to put food on the table. And it’s not like Netflix is paying me a bonus. Netflix paid me according to the original contract.”

He does feel there might be one way to get the bonus akin to what is on offer in the show, though. Laughing, he explains: “It’s possible... that I have to do season two to become as rich as Squid Game’s winner.”

Find your own Squid Game inspiration in our best dystopian novels of all time list.