Because trailers are so last decade. 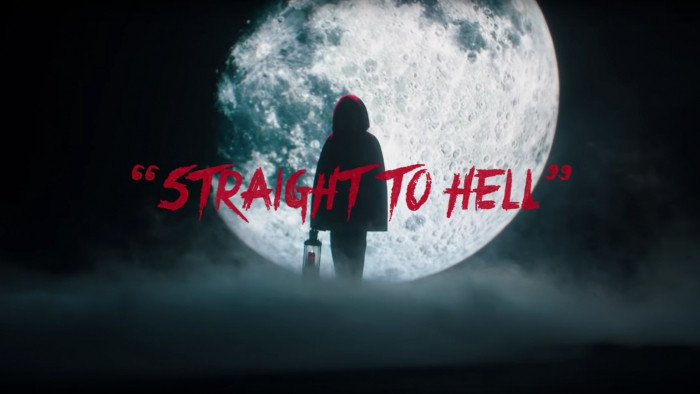 The people at Netflix seem to have got bored of throwing out trailer after trailer each week - so what have they done instead? A music video, of course.

The third season of Chilling Adventures of Sabrina was the lucky recipient, as Sabrina Spellman (Kiernan Shipka) sings the aptly named song ‘Straight to Hell’.
It’s not just a small snippet of a song either - this is a full three minutes and six seconds of spooky serenade filled with fire, cheerleaders and men in chains and crop tops (of course).
And while there's not much to see of the upcoming storyline, if you look past the choreographed dancing and dodgy green screen, there are some hints about what to expect from the new season.
After all, Sabrina does tell us at least four times that ‘when it comes to love, she’s going straight to hell’, which happens to be where her boyfriend Nick Scratch (Gavin Leatherwood) is currently trapped.
And cast members Ross Lynch, Lucy Davis, Chance Perdomo, Michelle Gomez, and Mirando Otto are all set to return, as Sabrina and her mortal friends vow to save Nick.
Plus, if this music video tells us anything it's that Chilling Adventures of Sabrina Part 3 is definitely set to be the darkest season yet.

Not long to wait either as the new episodes will be available from 24 January, 2020.