One for each episode 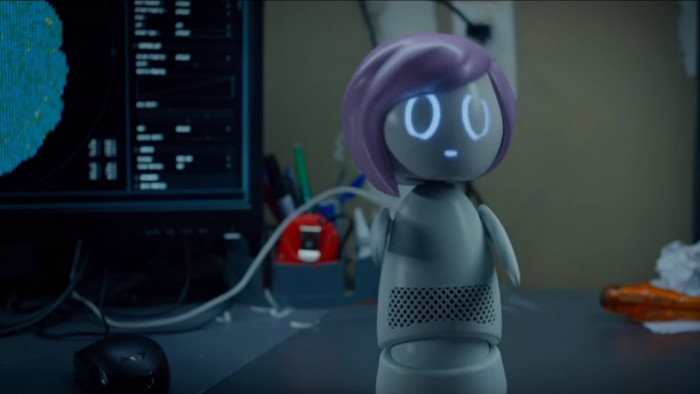 Last week, Netflix revealed that three new episodes of Black Mirror would be coming next month. It did this in the form of a two-minute trailer, but now each of the three episodes has its own minute-long teaser for eager fans to begin unpicking at their leisure.

The most watched trailer so far is Rachel, Jack and Ashley Too which stars Miley Cyrus as a pop star hawking merchandise to impressionable teens – which must have required an impressive standard of method acting from pop star popular with teens. Not content with selling tee shirts and phone cases, Cyrus’ character seems to have decided that an Alexa-style smart speaker version of herself is the best merch possible, and it’s all fun and games until it becomes sentient:

Yes, it’s basically that Simpsons Treehouse of Horror episode with the murderous Krusty doll but revived for the 21st century. Between this and the upcoming Child’s Play reboot, you’ll probably never look at your Amazon Echo the same way again. But at least it’s not looking back at you.

Next up is Smithereens, which stars Andrew Scott as a taxi driver who seems a touch unhappy at how people are glued to their smartphones. Rather than posting a snarky comment on Twitter, Scott’s reaction seems to be taking a passenger hostage which is quite an escalation.

Finally, there’s Striking Vipers, which reveals precious little in its one minute and six seconds. Anthony Mackie – Falcon from The Avengers – stars in a show that seems to touch on apps in our sex lives from fertility to the ease of casual hookups.

All three episodes are coming to Netflix on Wednesday June 5, so not too long to wait before we all have to reassess our relationship with technology once again...