Return of the hacks 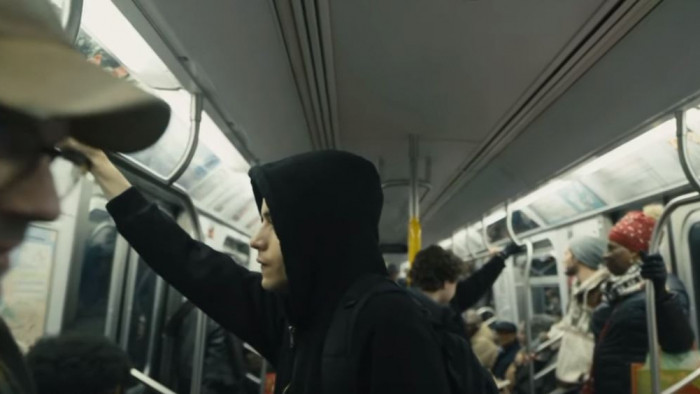 An early Christmas present for fans of hacker drama Mr. Robot: the fourth and final season has both a trailer and a release date.

In the past, the show creators have required the internet to solve puzzles to see the trailer – season three involved decoding Morse code in a character’s tie – but this time, we’re straight down to business.

Yes, it looks like things are going to get messy, and fast. “If you go down this path, it'll never end,” says Mr. Robot (Christian Slater) in a break from his usually devil-may-care style. “It will always be something else — another symbol to destroy, more people to save. This is an endless war. What you're about to do is crossing a line.”

The reply from Eliott (Rami Malek)? “It's a little late for that, don't you think?”

The good news is that, thanks to the show’s original destination as a movie, there will be closure with a fixed ending. Although the trailer above doesn’t really give firm details, creator Sam Email has previously given hints at the kind of direction the final season could go in.

“It brings the show back to its initial promise of Elliot wanting to take down the guys behind the scenes who are manipulating society,” he told The Hollywood Reporter, speaking of how season three concluded.

"The journey between seasons one to three has been about discovering who the real culprits are. The hack was merely a distraction that was co-opted by these people, and it's finally been revealed and exposed to Elliot. In a weird way, the next season will return back to that initial premise of the show and have Elliot be motivated by that, with this new clarity.”

Mr. Robot’s final season will be a 13-episode run, starting on October 6. Given the first three seasons have put it proudly on our list of the best Amazon Prime series, it should be must-watch TV.