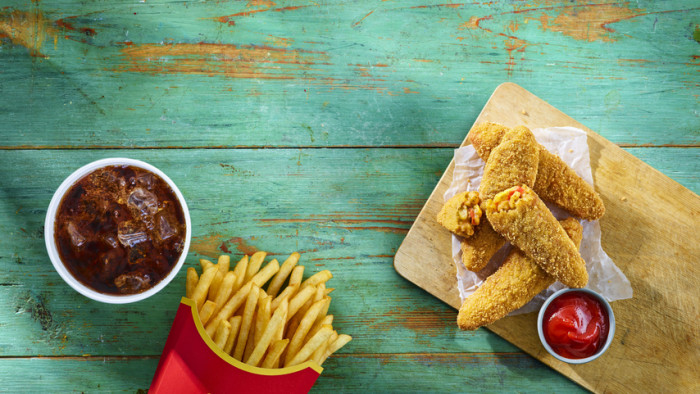 In recent years vegan food has come on leaps and bounds but the options still tend to be on the green leafy end on the scale, rather than the greasy fast food that’s essential after a night out.

Don’t worry though, McDonald’s is coming to the rescue. Now, if you don’t fancy a Greggs vegan sausage roll, you have another option with McDonald’s first ever fully vegan meal.

The fast food chain will be selling veggie dippers and fries, which has even been approved by the Vegan Society.

Now, the vegan food connoisseurs reading this may remember that McDonald’s did launch some veggie goujons that looked very similar to this new vegan option.

And, you’d be right but they couldn't be classed as vegan, because of the way they've been prepared. The new vegan dippers will be made with the same red pepper, rice, sundried tomato pesto and split pea recipe, it’s just the former veggie option couldn’t be sold as vegan because the wrap they came in went in the same toaster as buns containing milk.

These new fully vegan dippers will be available from 2 January, either as a meal for £4.99 or you can get four dippers on their own for £3.29.

Head of Food Marketing at McDonald’s UK & Ireland, Thomas O’Neill, said he was looking forward to seeing what customers made of the company's first vegan meal.

He added: “In the last 12 months we’ve seen an 80% uplift in customers ordering vegetarian options at McDonald’s, so it is time for the brand famous for the dippable McNugget to launch a dippable option for our vegetarian, vegan and flexitarian customers.”

So no need to worry if you’re taking on the challenge of Veganuary, McDonald’s has got your back.