Greggs have launched a vegan 'sausage roll' - it's officially 2019

Great news for any of you doing Veganuary 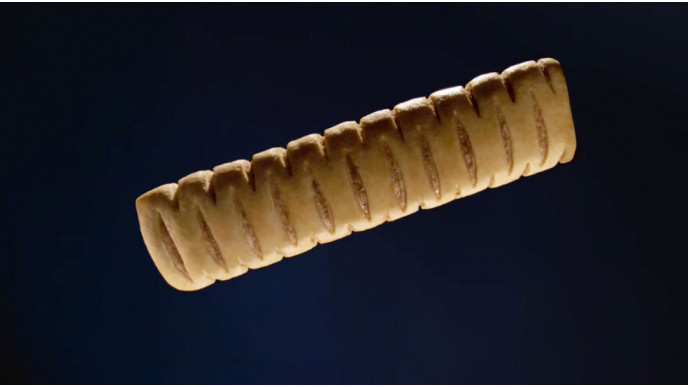 Greggs, the culinary national treasure of this great nation, is this week launching a vegan sausage roll. They sell a modest 1.5 million ‘units’ of the traditional meat version every week. Every, single, week. That sure is a lot of meat.

As a former employee of Greggs (if you’d ventured into Greggs Corby between 2004-2006 on Saturdays or school holidays you’d have seen me in a fetching orange polo shirt and hairnet) I can tell you they’re a great company to work for, and by that I mean: I was allowed to take the leftovers home every week. I’m still a superfan, and two years ago they sent me a gift card and exclusive (probably) tote bag after I wrote this post about the Greggs working lunch. So all in all, I love them.

The idea for a vegan version came from a petition by animal rights group PETA last year, which was signed by 20,000 people urging the bakery to consider making a vegan version of their best-selling product. The demand for vegan options increased by 987% last year, and in June last year it was estimated that there were 3.5 million vegans in the UK, so they’re now a bit like United fans, in that you’re probably never further than 30 metres from one. A solid customer base for Greggs to start their vegan empire.

So what’s actually in it?

Well, according to Greggs, it’ll be 96 layers of puff pastry (sounds like a lot but look at the picture, this must be the standard number of layers for normal pastry, but yes, 96 sounds excessive doesn’t it) with a ‘bespoke’ Quorn filling. They’ve apparently been developing it for quite some time. And yes, it basically sounds like a Quorn sausage in pastry, but I’m sure Greggs will have added something else delicious into the mix.

I’m not vegan myself, and I used to jump on the bandwagon of being annoyed by vegans banging on about their self-righteous diets and how I was basically strangling cows with my bare hands if I ate another burger, but we could all probably do with eating a bit less meat - so I’ll be trying one. Maybe alternating a vegan with a sausage? Really mix it up. Go crazy.

Responses to the news have been mixed, and you’d be forgiven for thinking that perhaps we’d have bigger things to moan about, but the internet never fails to disappoint:

But of course, most of it is positive, and praising Greggs for keeping up with the growing number of vegans:

I’m also thrilled to see how it’s been delivered for people to try, arriving in what can only be leftover iPhone 10 cases that they didn’t use up:

So well done Greggs, you’ve done a good thing for 2019. Can we work on a vegetarian sausage and bean melt by this time next year please?