The Star Wars moments that make us laugh, cry and punch the air. 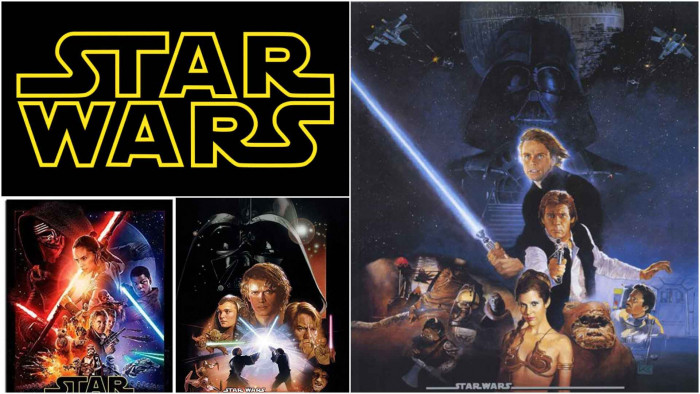 Star Wars is a film franchise that spans some 45 years, 12 movies (counting the Clone Wars, not counting the Ewok standalones), and numerous spin-off TV series, both live action and animated.

No surprise then, that it's given us some of the most memorable characters and moments ever put to film.

It's right, then, to chart the 10 moments in the sprawling space opera that mean the most to us, the fans.

Some of these moments aren’t big set pieces but a quip here and there that solidify just how good the core characters of Star Wars are - and we’ve chosen scenes that span the whole of the nine films.

Warning: spoilers ahead, there is… 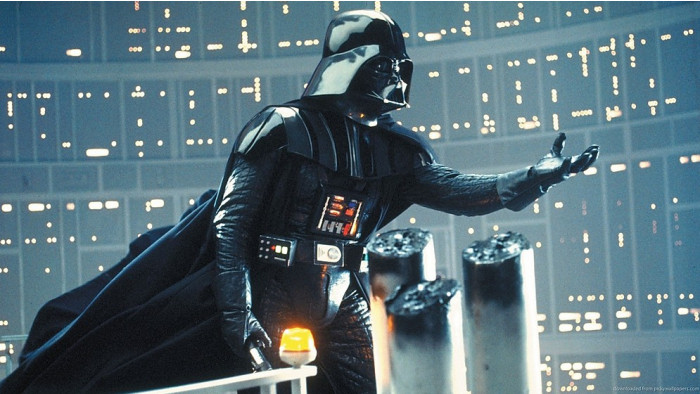 In this age of spoiler culture, you just couldn’t pull off such a surprise as Darth Vader being Luke’s father nowadays. This is a shame as it is such a ballsy move by Lucas, in what is by far the darkest Star Wars entry (well, until Rogue One came along). It’s a twist that shifts the whole of Star Wars on to its axis and gives Luke some gravitas - something his character was missing until this point. The scene is sensational: the mix of David Prowse’s physical presence, James Earl Jones’ booming voice and Mark Hamill’s acting work is just top notch. 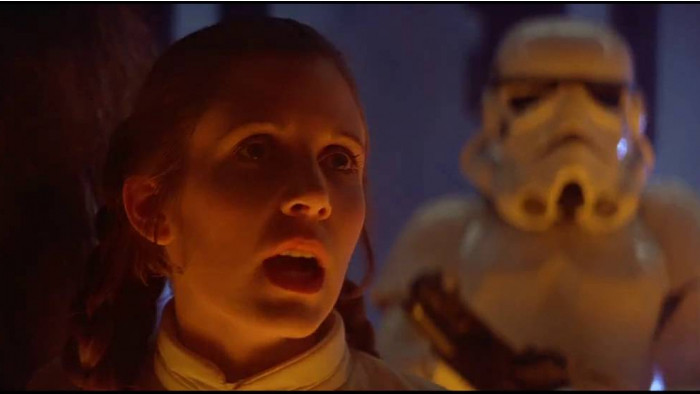 Yes, he deserves a slap after saying it. And perhaps no other character could say, “I know” after a princess declares her love. But Harrison Ford pulls it off in this scene - and it’s even better when you find out that the line was improvised. Whether it was in the script or not, it proves that Ford knows the character of Solo better than its creator. 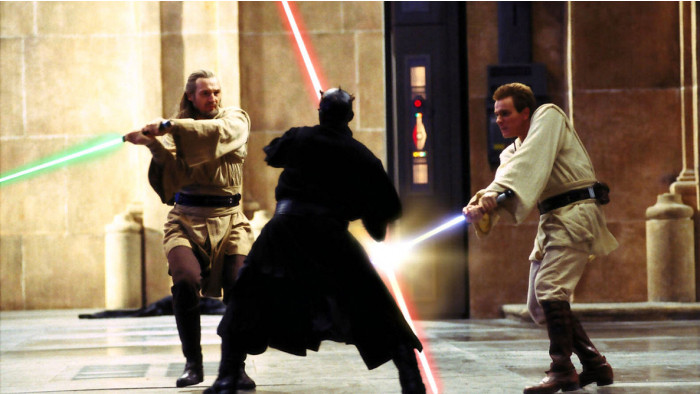 3. Duel of the Fates

Phantom Menace is an uneven slog. Loved by younger Star Wars viewers, though, and in some places you can see why. Yes, the political scenes bore, young Anakin is awkward throughout and Jar Jar Binks is the wrong side of annoying, but it does have perhaps the best villain of the franchise other than Vader. Darth Maul barely has screen time in the movie (something rectified in both the brilliant Clone Wars and Star Wars Rebels cartoons) but his final fight with Obi Wan and Qui Gon Jim is just sensational. The Dual of the Fates soundtrack by John Williams is sublime, while the lightsaber work throughout is a joy. Yes, it’s glitter on a bit of a turd but it’s glorious. 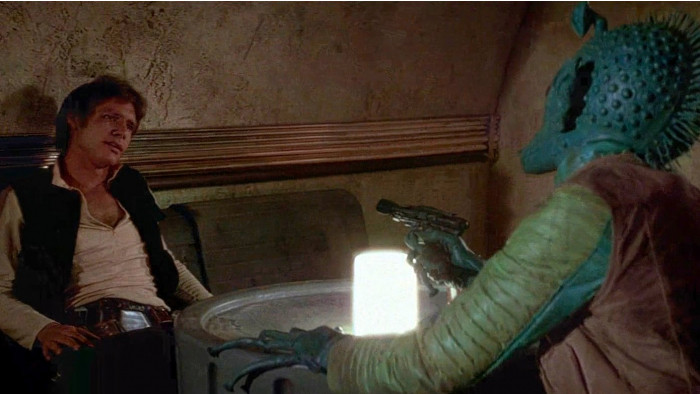 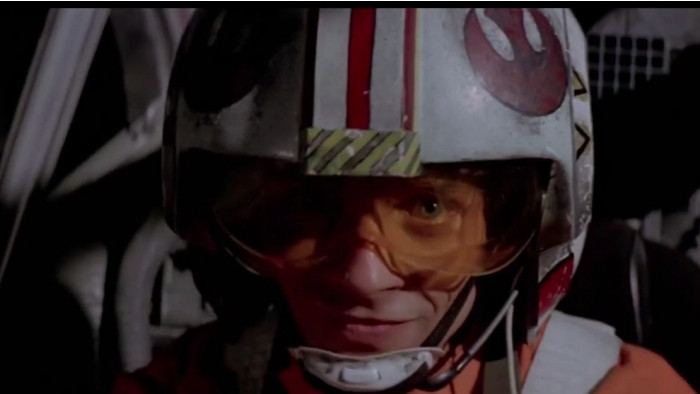 A New Hope culminates in a fantastic bit of derring-do which is closest to the World War 2 movies that Lucas modelled the Star Wars flight scenes on. The premise is simple: Rebel fighters must find a way to get a shot into the two-meter-wide thermal exhaust port that links up to the Death Star’s reactor. If successful, they'll cause a chain reaction and destroy the planet-sized ship. Luke gets his shot and uses the Force to guide him, rather than his targeting system He succeeds, the Rebels have won… for now. From the way it’s shot, to the still brilliant effects, this is such a ‘punch the air for joy’ scene that you can watch it again and again. 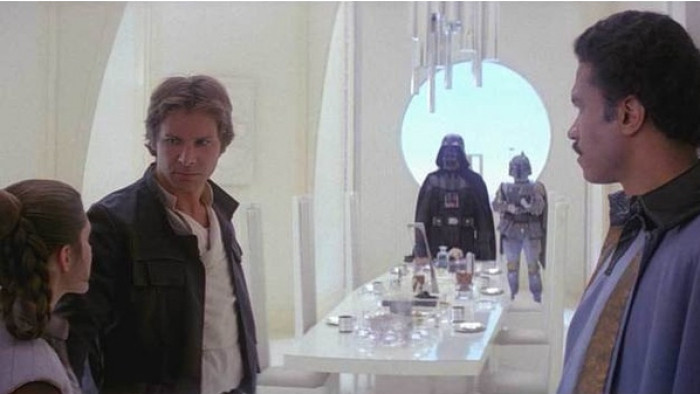 It’s not just the moment that the doors open and Vader is there waiting. It’s the short but brilliant build-up. We’ve just met Lando Calrissian. Within seconds of him being on screen, we understand that he and Solo have a fractured relationship - good friends with history that will shop each other in at a moment’s notice. We also find out that the Millennium Falcon was his and that Solo won it in a bet. Lando is the Star Wars character we love as soon as he appears on screen, then hate five minutes later. And by the end of the movie? He wins your heart again. It’s phenomenal writing where a whole character can be built up in just a few short scenes and stay in our memory forever. 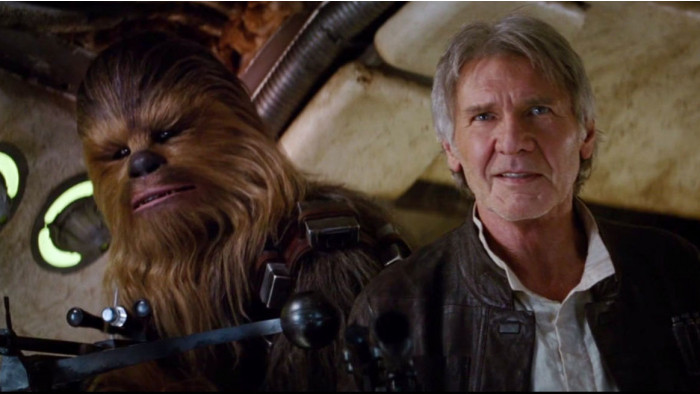 Han Solo is the knowing wink of the Star Wars franchise. He goes along with the whole thing but doesn’t truly embrace all the Force mumbo jumbo. Played to perfection by Harrison Ford, he took his reluctance about George Lucas’ script in real life and spun it into a brilliant, fun swashbuckler of a character. That’s why his re-entry into the franchise in Force Awakens was just fantastic. With Chewie, he boards the Millennium Falcon once again with a misty-eyed feeling of being home. That bubble bursts moments later when we find out that some space pirates are out to get him, proving that, while he may now be more grizzled than chiseled, nothing has really changed. 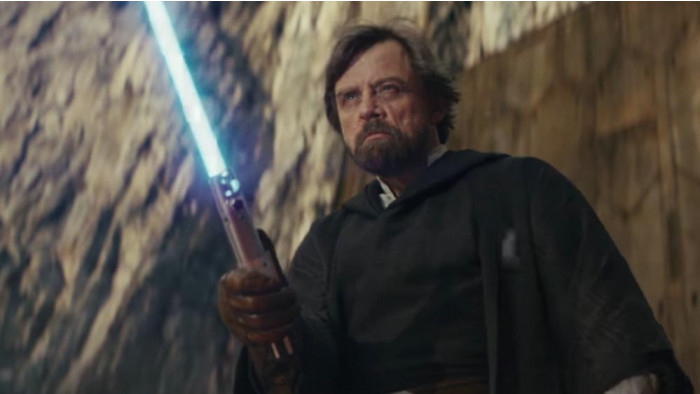 The Last Jedi never goes where you think it should go. For some, this is frustrating, for us it made the Star Wars franchise feel fresh and, at times, dangerous. Going off-piste was director Rian Johnson’s intention, so when we got the big stand-off between Kylo Ren and Luke we should have all guessed something was up… but didn’t. Seeing Luke virtually brush that dirt off his shoulder was just fantastic. 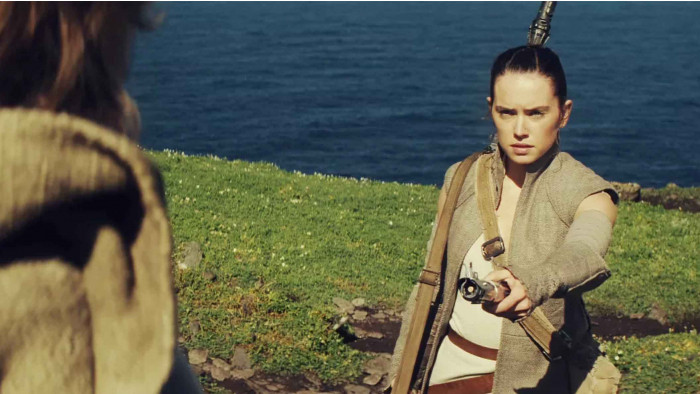 We were robbed of Luke Skywalker in The Force Awakens. In hindsight, it was a good thing saving him till the very end as the movie really belonged to the Solos. But that didn’t stop you constantly thinking ‘when the hell is he going to appear?’. When he does, though, it’s really rather special. The passing of the baton (in this case, lightsaber) is such a powerful metaphor for Star Wars. John Williams score swells, too, while Rey is all wide eyed, having finally met her idol. It’s a moment that makes you want to watch the second movie straight away… and one that is brilliantly shrugged off by Rian Johnson in The Last Jedi. 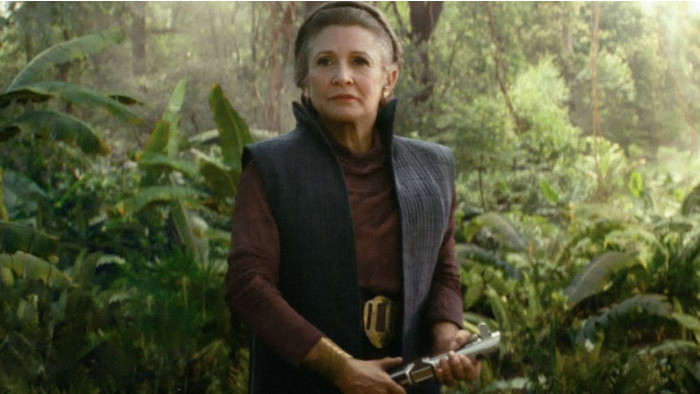 We all deserved a better ending to Star Wars than Rise of Skywalker. There was no need to rush, no need to abandon the intricacies of The Last Jedi and play it safe. But Disney was shaken after (the brilliant) Solo underperformed at the box office, so they brought back the safe hands of JJ Abrams and what we got was a revisionist version of what the ending should have been. Anyway, rant over. Abrams’ reliance on call backs to the Original Trilogy may have been overdone and irksome after a while but he got one thing spot on. When Rey ‘becomes’ a Skywalker, seeing the Force ghosts of Luke and Leia is just exquisite. It’s packed with heart, both on and off screen, and makes you remember what makes Star Wars so special.